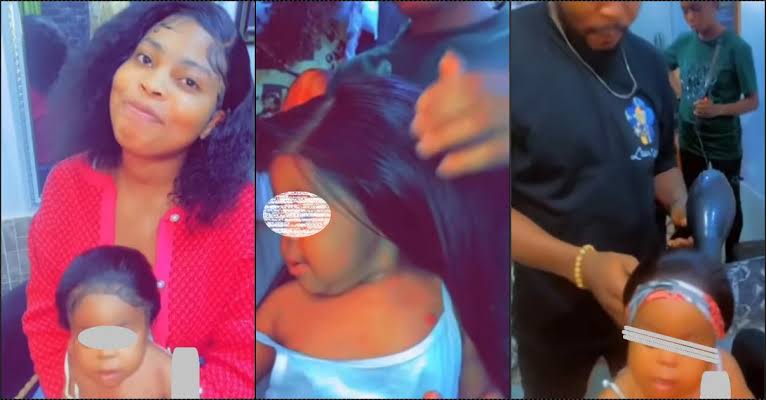 After putting a full-blown wig on her year-old child, a young mother received harsh criticism from social media users.

A viral video captured the moment a young lady put her child through the ordeal of getting a wig attachment, including frontal, for her child. The rather unpleasant process triggered many users who condemned the mother for trying too hard to make her child be what she is not yet.

“Aside their useless sense of dressing, one greatest thing yahoo boys girlfriend lack is Sense!! All they know is to bring their wig to their brow,” a concerned user wrote.

In other news; Mercy Aigbe, a Nollywood actress, is accused of fights with Omolara Olukotun, a Lagos socialite and actress behind the well-known brand Larrit Shoe Village (LSV).

Mercy Aigbe and Iyabo Ojo, the entrepreneur, were at an event when Larrit flared up and threw a bottle at Mercy, who screamed in terror.