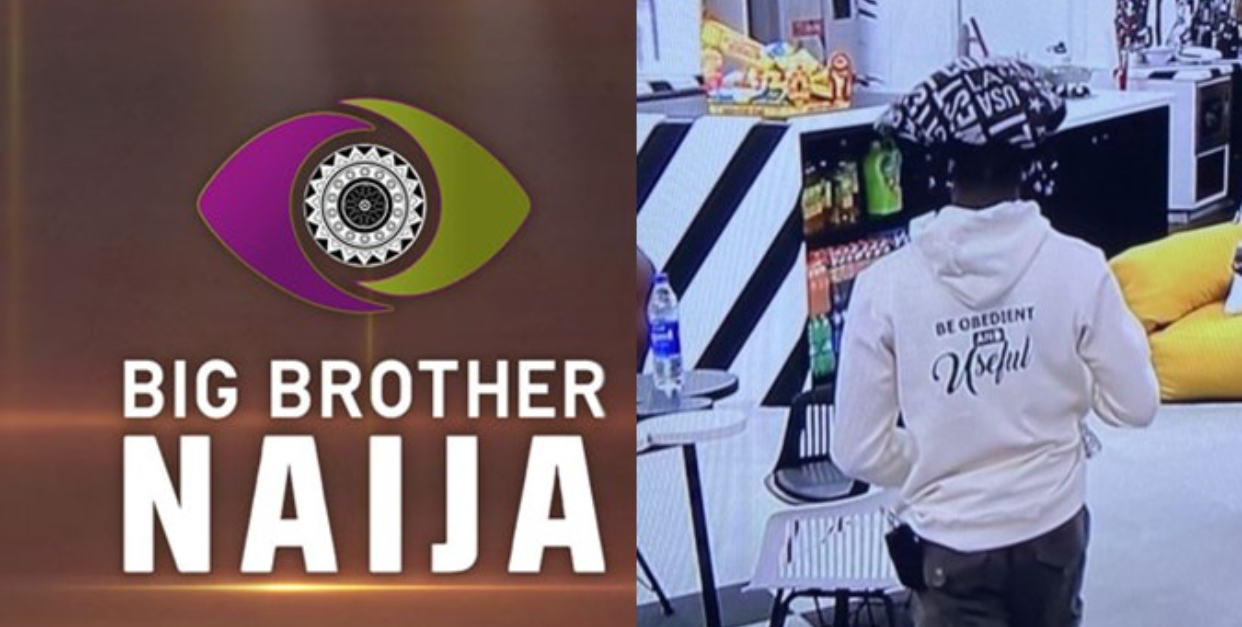 He wore a shirt customized with some words that have become popular on Nigerian social media in recent weeks as a result of Labour Party presidential candidate Peter Obi. A phrase that Obi’s supporters assigned to themselves is Obidient, which is a combination of the presidential hopeful’s name and a mantra to obey instructions.

Few weeks ago, he announced Yusuf Datti Baba-Ahmed as his running mate, so his supporters decided to add another phrase ‘Yusful’. To promote their candidate, they created a slogan which goes thus; Be ObiDient and Yusful.

Incidentally, the inscription on Eloswag’s hoodie reads; ‘Be Obedient and useful.’

Though he did not directly use Be ObiDient and Yusful, but it still raised concerns about a possible rule violation because BBNaija housemates are not allowed to openly campaign or declare support for any politician.

ibironkerachel; This is not allowed at all.

exclusive_barbie_274; I think big brother asked him to off it…

wrldprincecharming; I can see it loud and clear.. be obedient.

“I love this man like crazy, I wonder why I no dey him list” – Blessing Okoro weighs in on Suleman’s scandal

#BBNaija: The female housemate I admire in the house – Sheggz stuns everyone with his choice (Video)