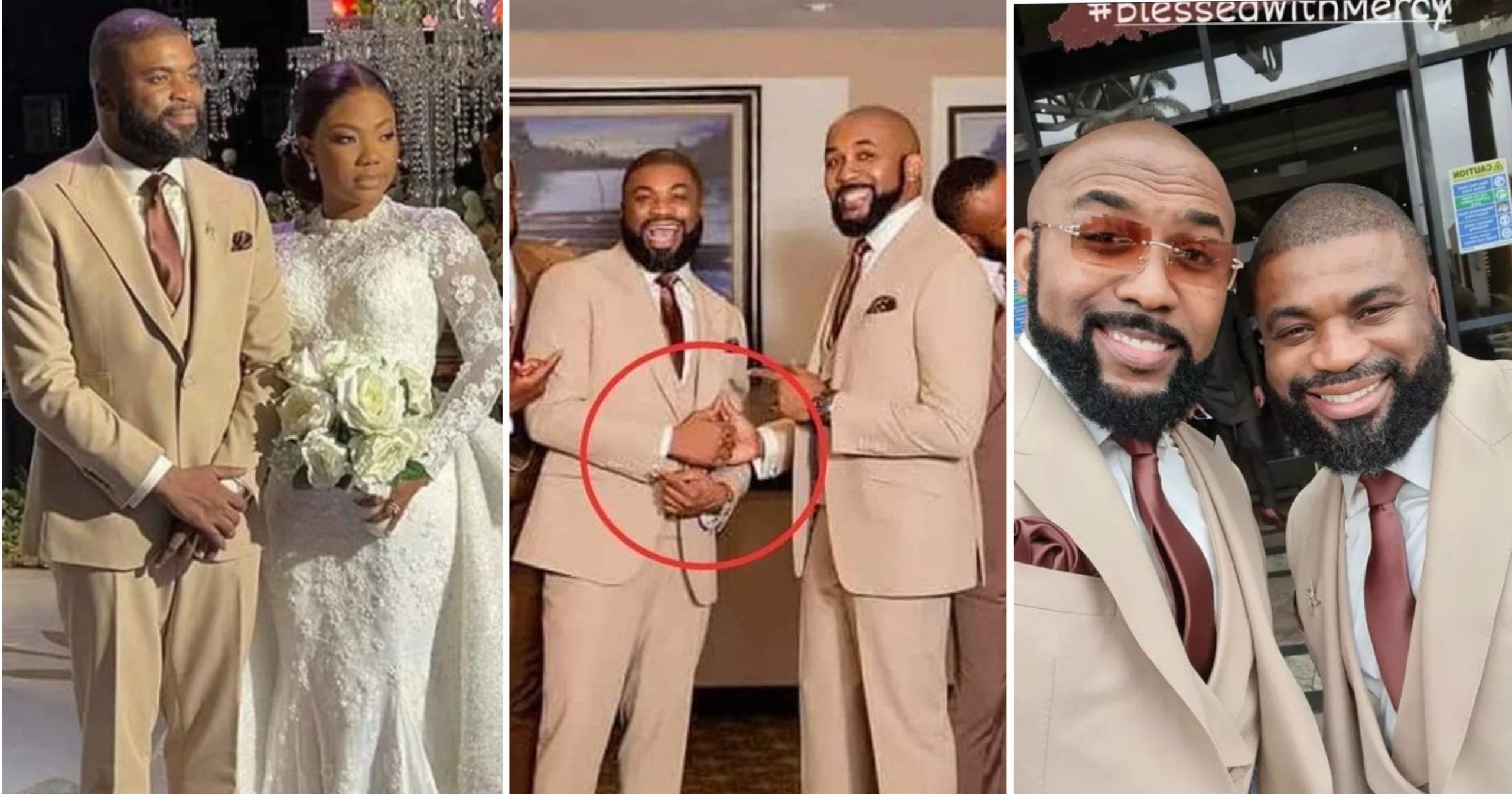 A man identified as Assam Unwana has shared his opinion after photos of Pastor Blessed Uzochikwa and Banky W greeting themselves surfaced online.

Assam in his post, claimed that the duo greeted themselves in a pattern associated with cultists. 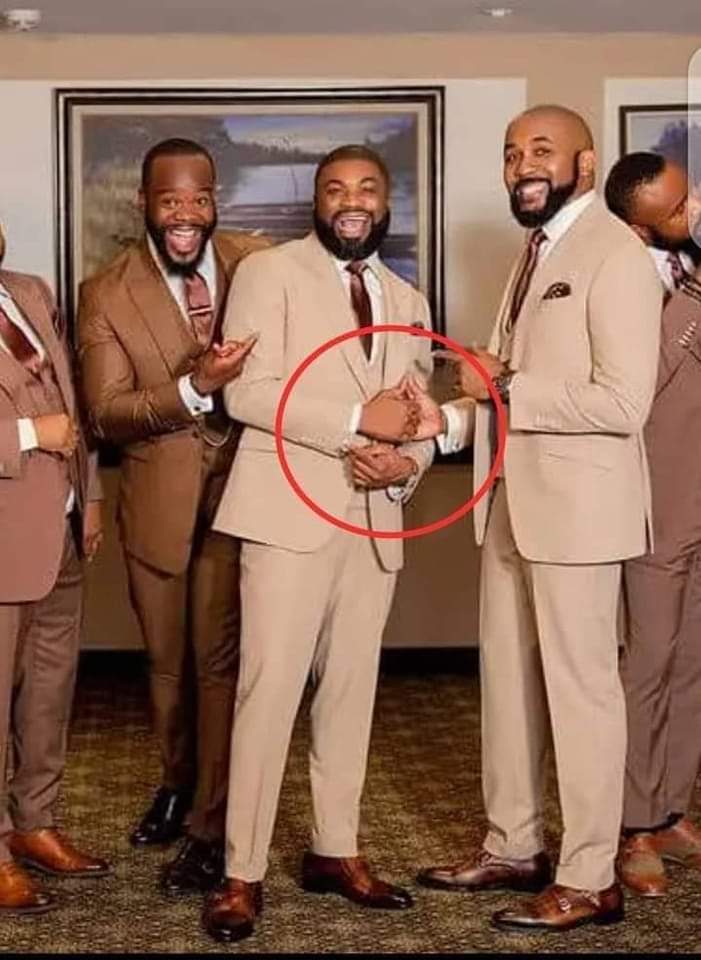 He went ahead to allege that Mercy Chinwo‘s husband might belong to a fratanity group as many Nigerian pastors allegedly belonged to one at a point in their lives.

In his words:
“So yesterday, the Akwa Ibom media community was in uproar after a photo of Mercy Chinwo’s husband “Clawing” Banky W, his best man, appeared on social media.

Many in Akwa Ibom were confused by this image and wondered why Mercy Chinwo’s husband, a Pastor for that matter would display a purportedly well-known cultism greeting sign in public, not just public but also on the day of his wedding.

One may now ask; why were the mixed reactions to Chinwo’s husband’s way of greeting about?

Is it meant to be weird even if her pastor spouse belonged to a fraternity (such as Eiye, Buccaneers, Black Axe, Vikings, etc.)? Or is it the fact that he is said to be a pastor?

Haven’t we seen, heard, or known of many pastors in Nigeria, Akwa Ibom state being devoted members of secret cults who still “Claw/anchor” themselves in events?

Of course, being a pastor in Nigeria today is of no great deal. Anyone can become a pastor, and some already have, including cultists, assassins, kidnappers, drug lords, criminals, Yahoo boys, politicians, witches, native doctors, and pagans.

These things are not supposed to shock you anymore. Maybe, It’s only strange to those who see some of these half-baked pastors as saints sent down from heaven.

Although I’m not ignorant of the reality that there are many pastors out there who were once members of secret cults and had perpetrated various atrocities, more so, they had repudiated their membership since being called to the ministry.

I’m not also ignorant of the fact that greetings for men now include clawing or anchoring, whether they belong or not, so it shouldn’t come as a surprise that Banky and Mercy Chinwo’s husband had to employ such gesture to shake hands in front of the camera. After all, if he’s a frag man, he won’t be the first pastor or gospel singer’s husband that belongs.

I’m saying this to mean that, that very sign has practically become a way of greeting for many men out there and it’s not so peculiar for members of confraternities anymore.
© Assam Unwana.”

“If I catch this person, na fight” – Davido reacts as man shares rare photo of him