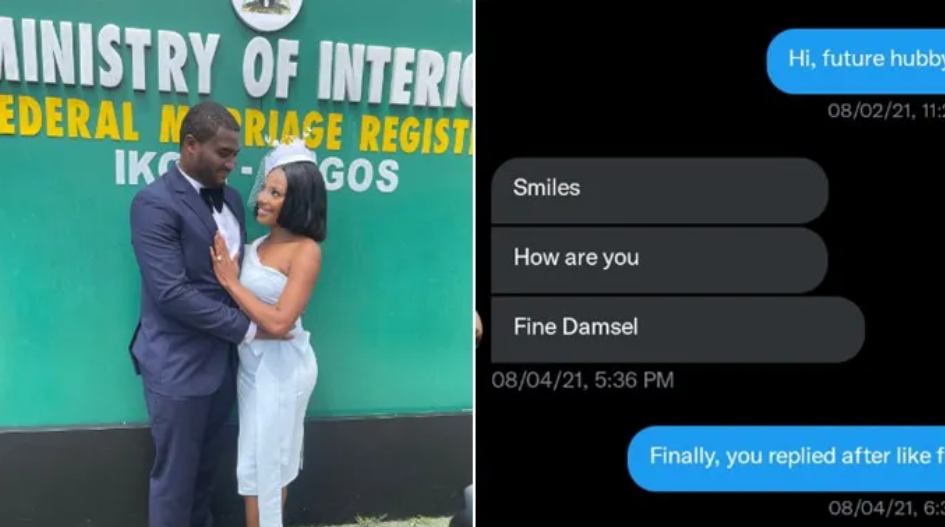 A Nigerian lady simply known as Faith married her heartthrob a year after shooting her shot at him on the microblogging site, Twitter. 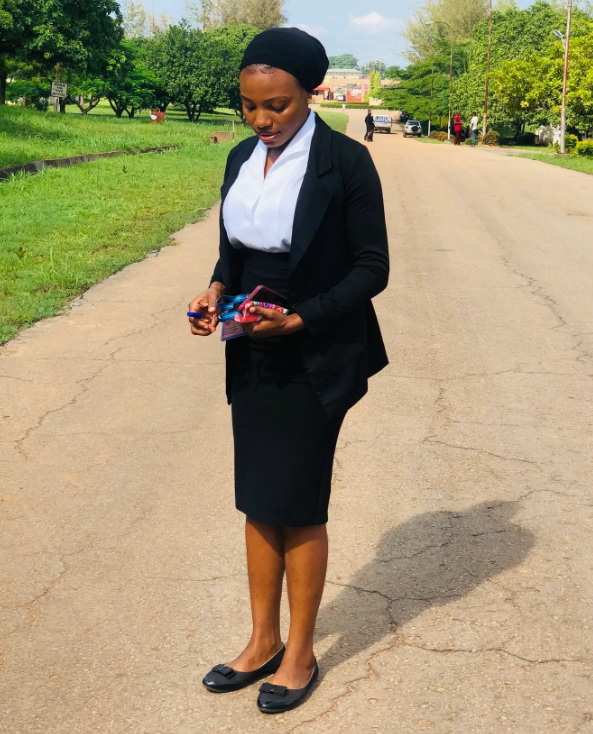 She shared a screenshot of their first conversation, which took place in August 2021, in which she referred to him as her future husband and he responded after a few days.

The lovely lady and her beau legally married at the registry in Ikoyi, Lagos state. 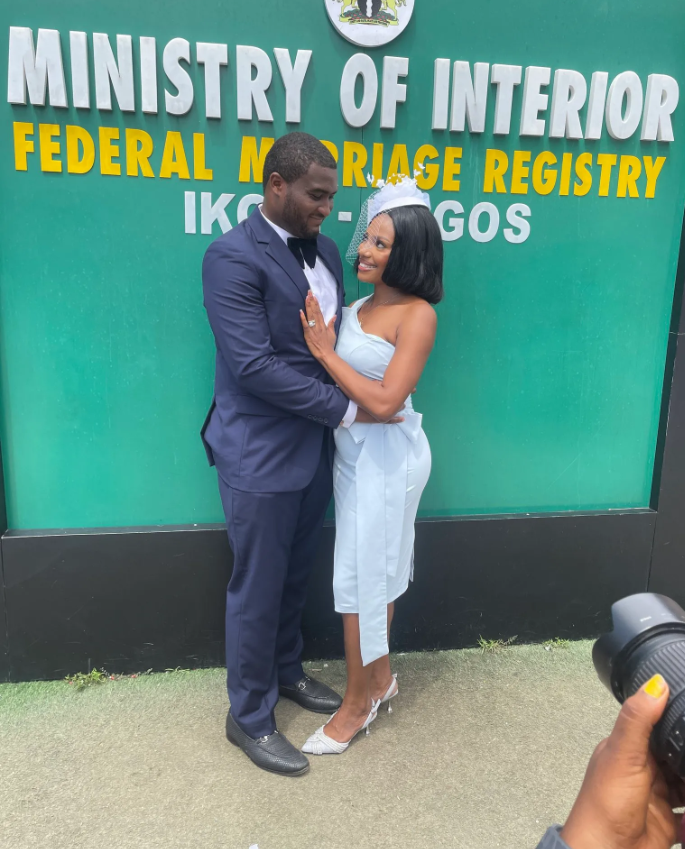 ”Exactly a year ago I entered his DM.

How it started. How it’s going.” Exactly a year ago I entered his DM.
How it started. How it's going pic.twitter.com/yBjJdmSUU5

Next post go be screenshot with “It’s the audacity for me!!”

@Iameniolamyde; All these babes go see this one now and they won’t still know what to do . SMH!!!

@black_bhoy_; The truth of this thing be say na the DM wey work dem go post, others wey no work Na recycle bin.. Happy for you

@Apholerbee; Did she die after shooting her shot?. I’m talking to you, don’t scroll pass.