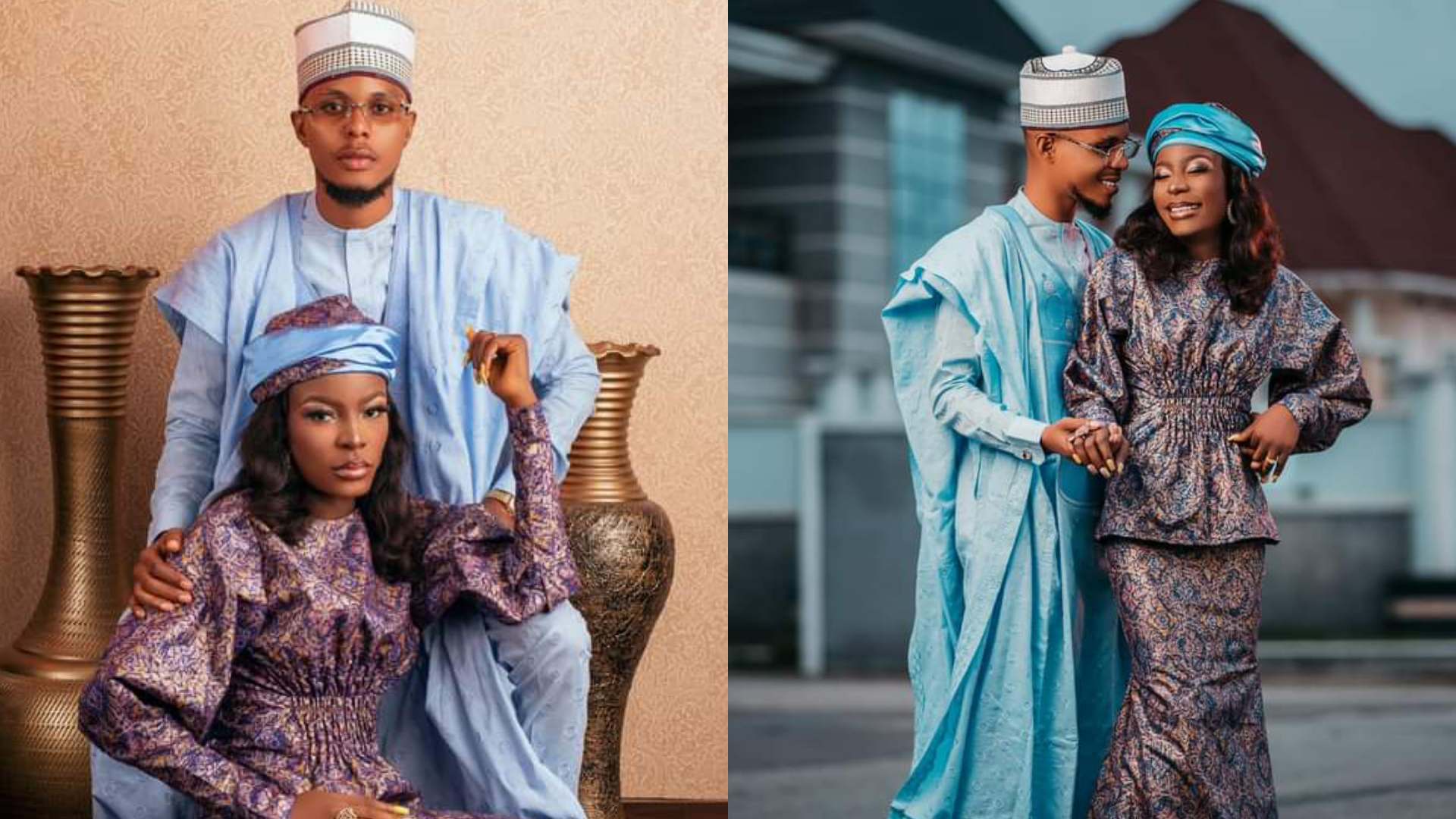 A young lady has taken to social media to reveal that she is marrying for money rather than love. 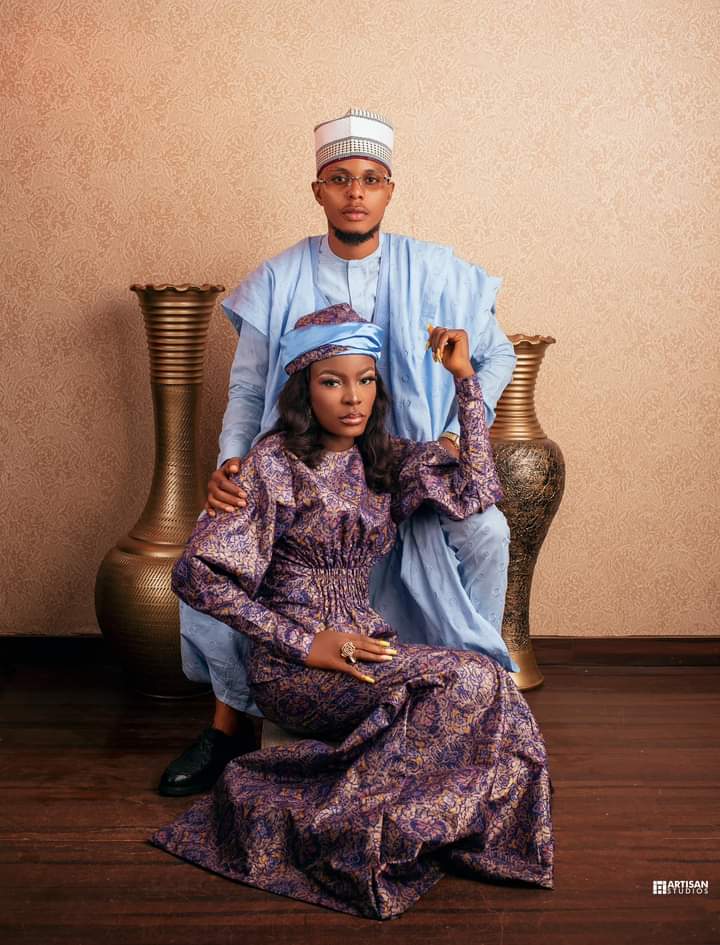 The lady named Habiba Gado on Facebook shared photos believed to be from her pre-wedding shoot but what caught attention was the caption she used.

According to Habiba, she is marrying for money rather than love, as most people do. She stated that only a fool loves.

“I’m getting married for money, Nothing concern me with una nonsense.” 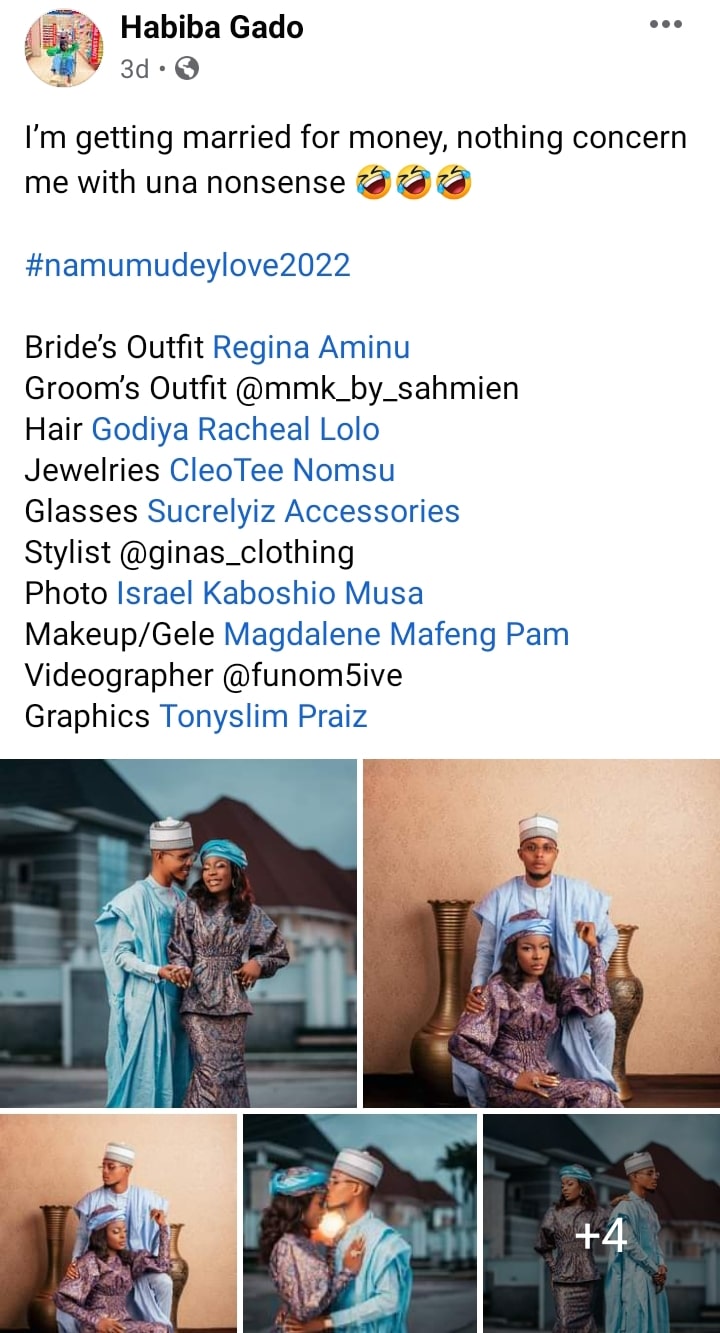 Bovi thanked his wife on Instagram for turning him from a “wild animal to a domestic one” and praised her for it.

Without me Nigeria will be dull – Crossdresser, James Brown brags (Video)