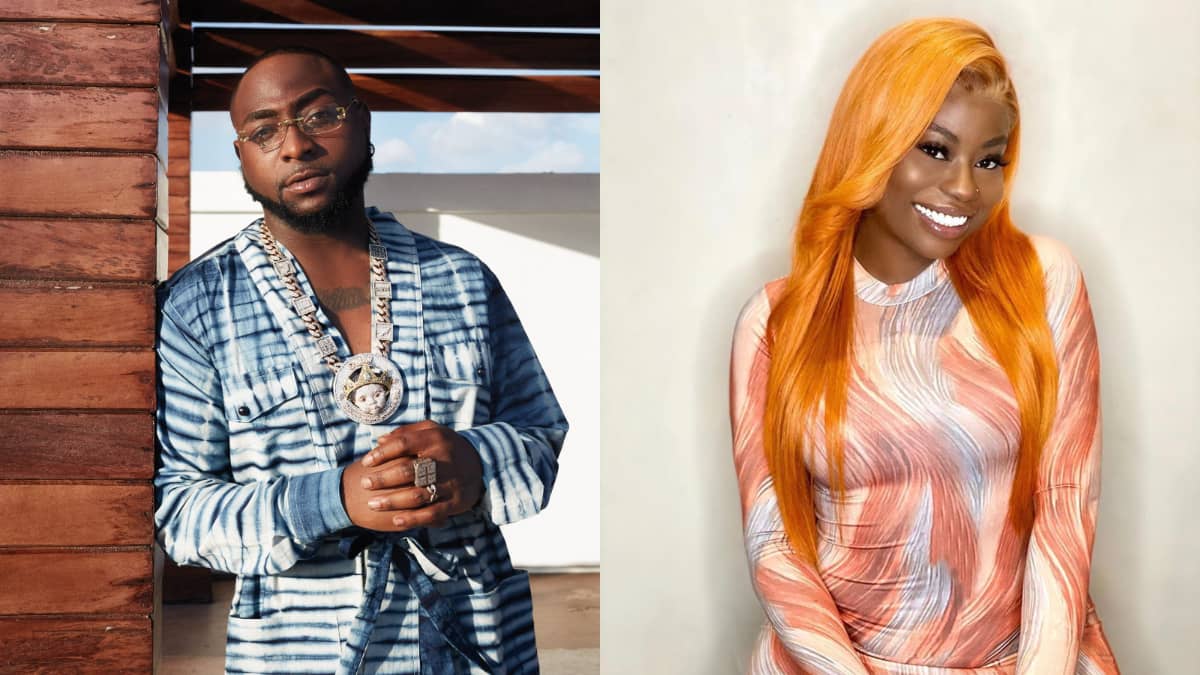 Sophia Momodu, the mother of singer Davido’s daughter Imade, has thrown a shade,  hours after Davido and she, unfollowed each other on social media. 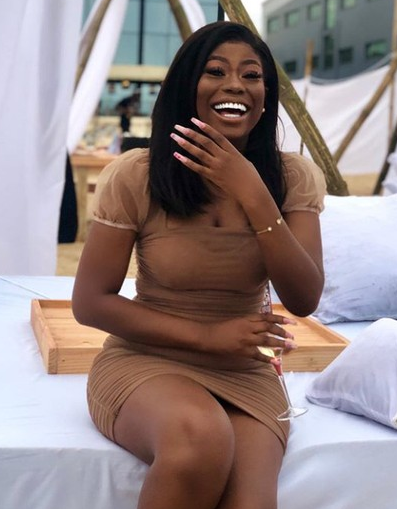 Davido was first to unfollow her days after the singer and his 3rd Baby mama, Chioma were spotted together at his concert, rocking his new 30BG pendant having the inscription, 002.

After unfollowing Davido, she took to her Instagram story to share a clip of a cat fighting with a dog.

The mother of one shared a cryptic post that seemed like a shade to her baby daddy.

It seems like the mother of one was referring to herself as a cat, while her baby daddy was the dog.

From her post, we could decode that Sophia wasn’t ready to take nonsense from the singer’s philandering ways.

“Never seen a cat take rubbish from a dog”, she wrote. 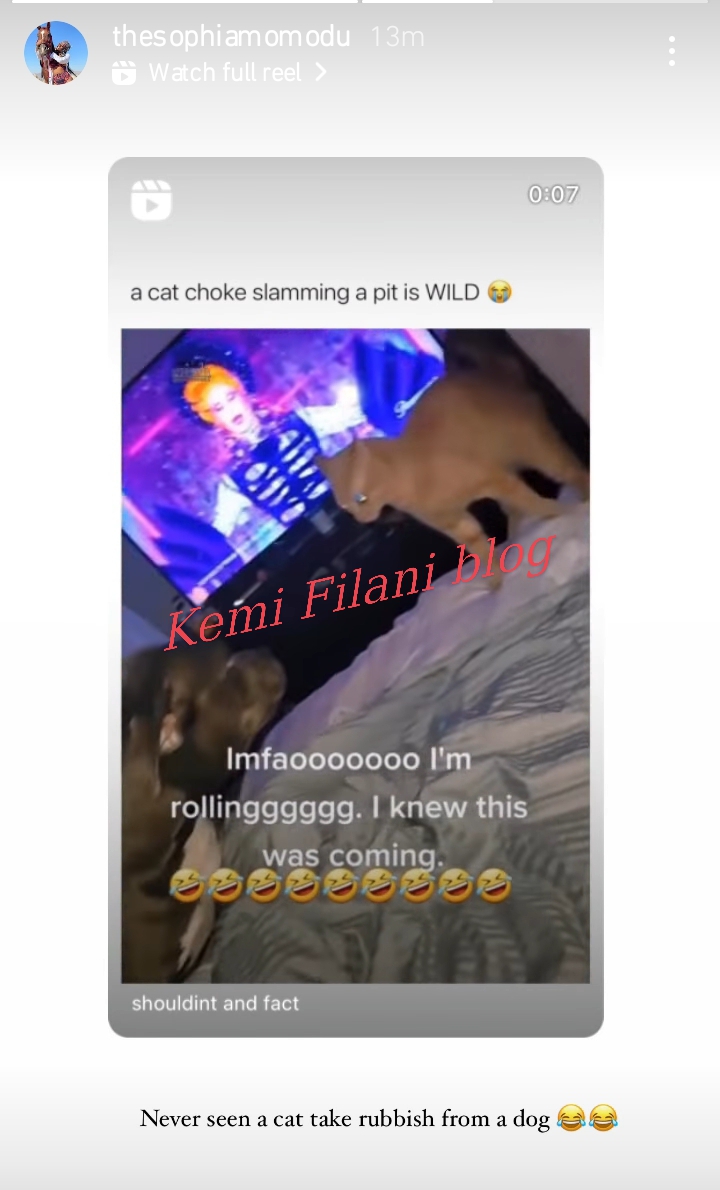