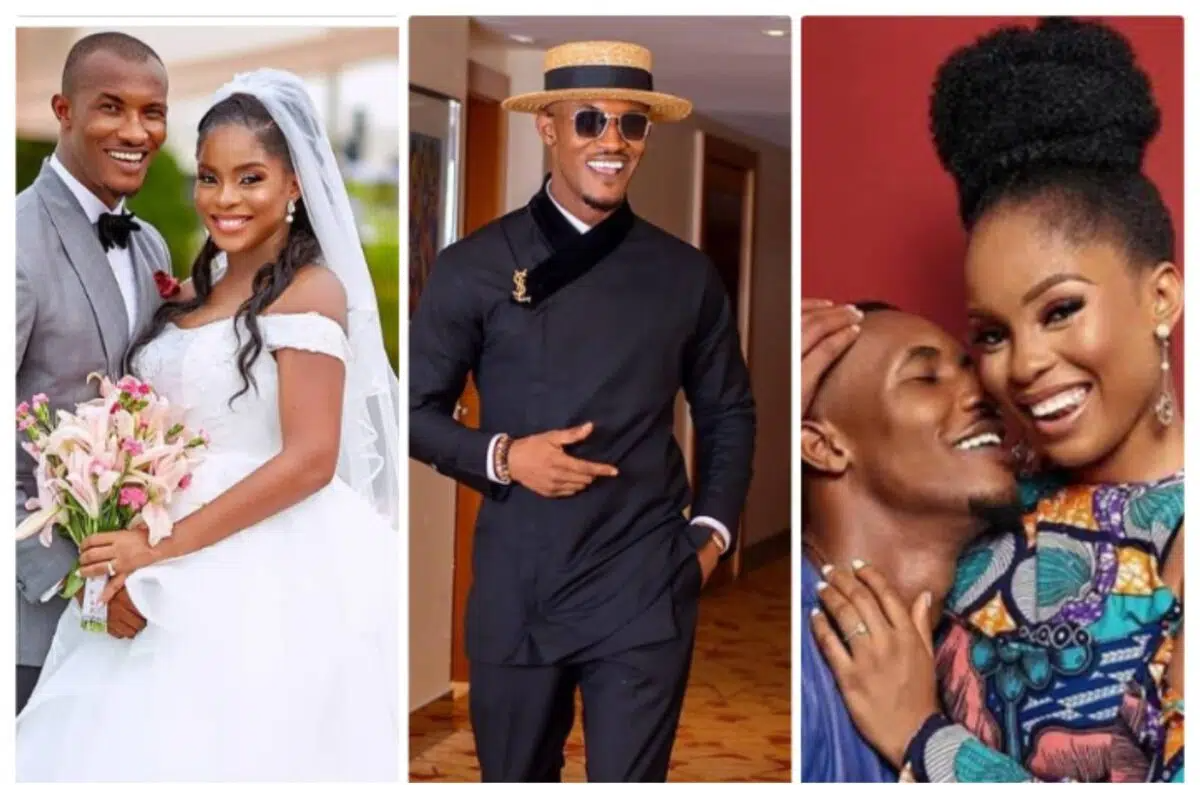 Actor Gideon Okeke of Nollywood has officially filed for divorce from Chidera, his wife of two years.

The actor posted a PSA on his divorce to his Instagram feed.

The actor disclosed his divorce after admitting to receiving breakfast from his wife, which is slang for being dumped.

Gideon admitted that it was a difficult pill to swallow, but he was humbled by it.

He pleaded with his supporters not to throw pity parties for him and his sons.

“You wouldn’t believe it if I told you that I’m separated from my Marriage right? No you wouldn’t…so grab a seat. It is in the interest of clarity and a clear conscience that this becomes imperative. But yea…. Breakfast reach Me too… Las Las. It’s been a hard hot pill I’ve had to swallow and boy….it sure humbles one. This PSA wouldn’t be so important (to Me), but for this trap that I find FAME to be sometimes. Gagged.

But as I look to the future… I pray for My BOYS. Such lovely Boys. Pls put us All in your prayers….not pity party. They need Mum and Dad sane, sound and strong for the fulfillment of their best interests and we are working towards it. Hard! I thank God. And I Thank you for rooting for Us. One life….many stories.

Pls don’t call, don’t text, as we work our way to a final dissolution. These processes take a toll in one as you may know. God bless y’all”. 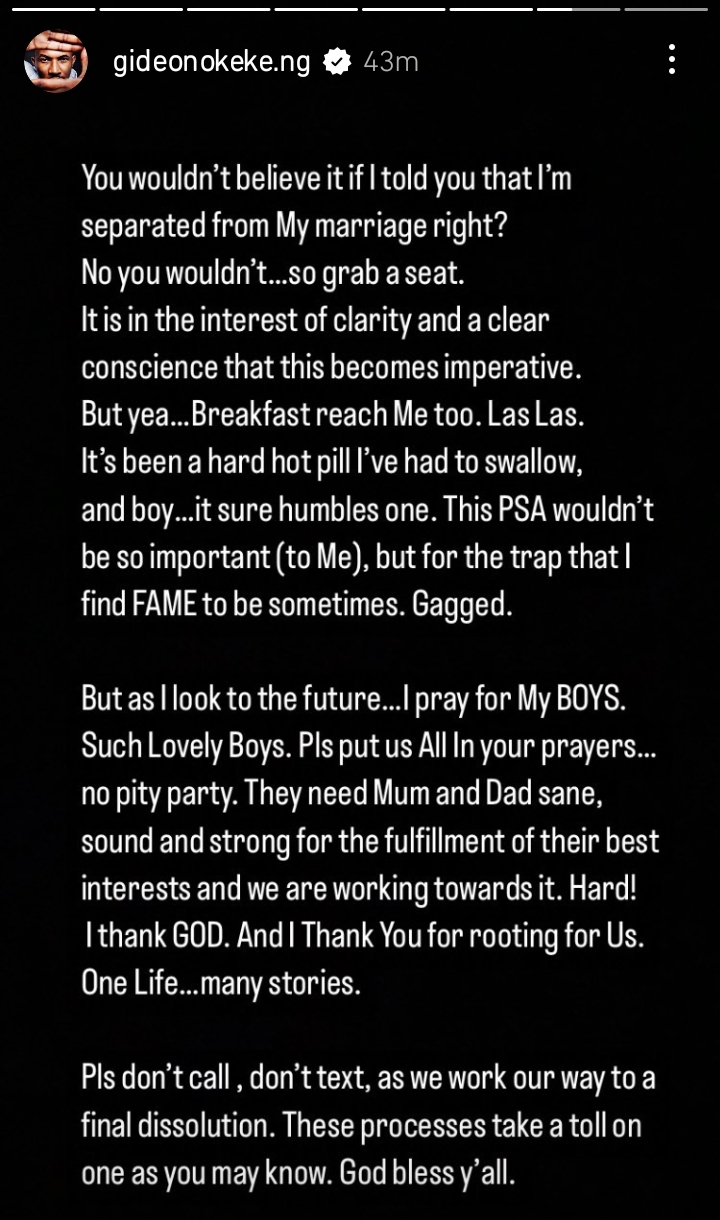