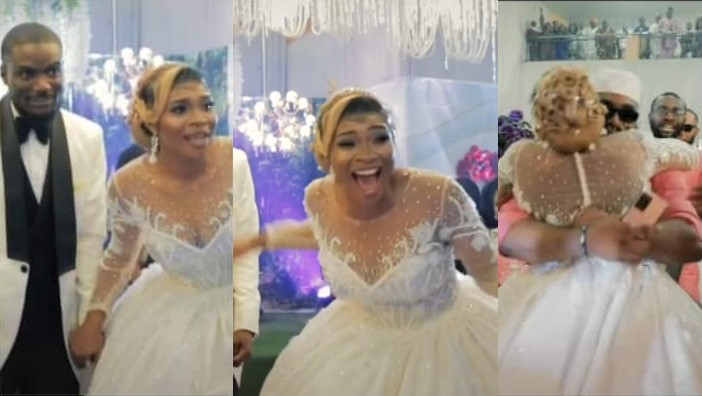 The young lady was marrying her heartthrob and had never expected to see her sibling because he has been living overseas for the past six years. 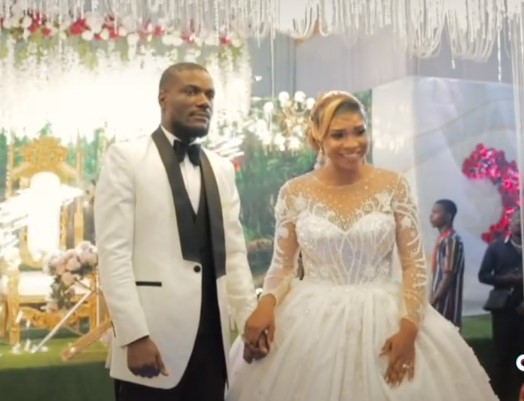 Woman devastated as she discovers her husband is bedding…

The lady in the TikTok video shared by @gorgeous87_ couldn’t keep her cool when she saw her brother at her wedding reception.

The MC had previously informed her that there would be a pleasant surprise to be revealed at the event, and she waited with bated breath to see what it was, not realizing it was a human being in the form of her brother. 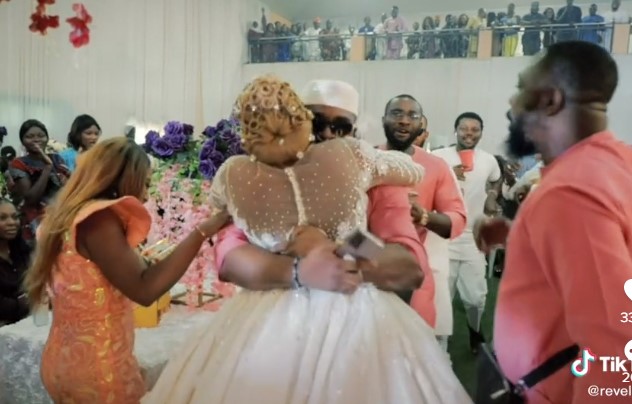 On seeing him from afar, she started screaming and leaped for joy before running towards him. The bride left her groom at the altar and ran into the embrace of his brother as he walked into the venue.

According to the bride: “…so it been 6yrs have not seen my elder brother,even when we lost our father he couldn’t show up because of the COVID19 situation so weeks to my wedding he told me he couldn’t make it anymore…”