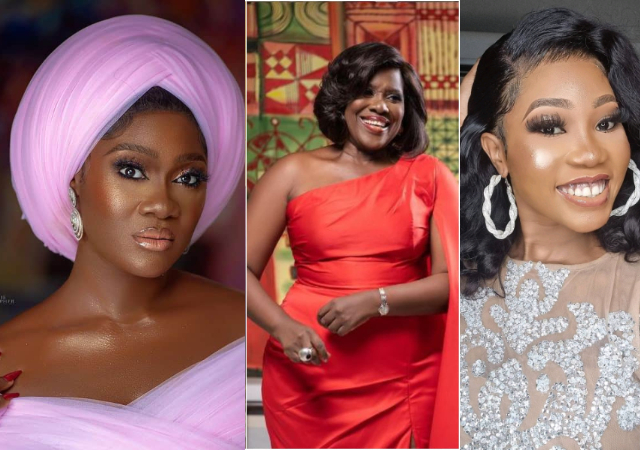 Nigerians have expressed disappointment with some of their favorite Nollywood stars’ support for presidential candidate Bola Ahmed Tinubu.

A list of the Tinubu/Shettima Women Presidential Campaign Team has gone viral on the internet, causing outrage.

According to Punch, the ruling All Progressive Congress on Independence Day announced the composition of the women’s campaign train with First Lady, Aisha Buhari; Senator Oluremi Tinubu, and Hajiya Nana, wife of the vice presidential candidate, Senator Kashim Shettima, leading the pack.

In the 70-page campaign document, no fewer than 33 Nollywood and Kannywood actors were listed under the Creative and Entertainment Category.

Following the news, many have expressed disappointment in Joke Silva and Mercy Johnson for pitching a tent with the party.

One Miz Essa wrote, ” Normally na, they don’t care about the country. They are all doing well. If they wan relocate na once. So I’m not surprised. If all of them like, let them make the list. It’s still Peter Obi 2023 periodtttt

One House of Magdalene wrote, “They have proven to us that they are hungry Celebs that would rather have a broken system than a better Nigeria shame on them

“All good citizens of Nigeria should make a note of these names. These are some of people who have always sold their conscience for money but they are now being revealed and want to sell your future for their stomachs and greed!! One Alterum wrote

Ifeoma Emeli wrote, “I am disappointed with Mercy Johnson and Joke Silva

Alterum added, “I have lost all respect for Joke Silva!!

“My husband made me fast non-stop during pregnancy, accused me of being behind his woes” – woman laments