Anita Adetoye aka Anita Brows, make-up artist and ex-wife of actor Emmanuel Ikubese, says she can no longer date anyone below her tax bracket. 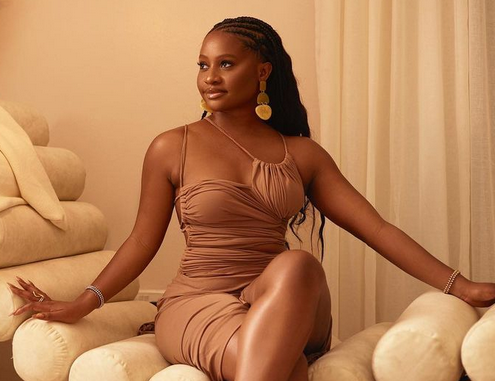 Anita recently stated in an interview that most Nigerian men pursue women who appear to be doing well for themselves.

She stated that many Nigerian men know how to “pad things up” so well that a woman can fall in love and go into a relationship with them.

She disclosed how she once dated a man who she thought was within her age bracket, but it was all facade.

She stated that love alone cannot be used to enter a relationship.

”You can’t really use love to enter a relationship. I guess I am speaking from experience”, she said

While addressing a question on whether she can date a guy below her tax bracket, she responded;

”Anything below, I can’t really do that anymore. I feel like I have dated someone because they were levelling up in their life but it was just facade. Yea, I cannot”, she said

“Don’t borrow money from a woman, even if she’s your mother” – Jigan Baba Oja warns