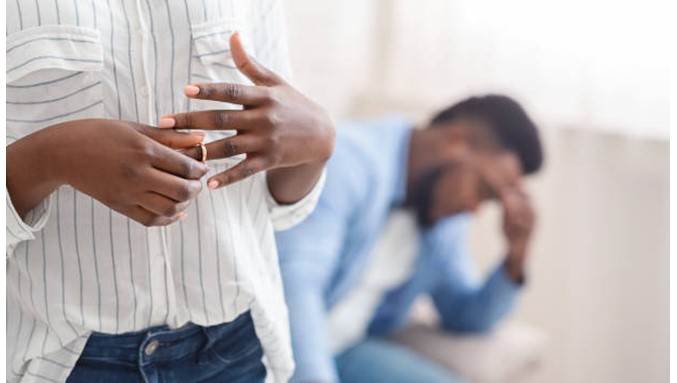 A woman has disclosed that a man trained her in the university with the promise that they will tie the knot after she’s done, but she no longer wants to honour the agreement as her heart lies elsewhere.

She claimed that he had covered her tuition and that, after she graduates, they planned to get married and start a family.

Because he is not her type and she does not love him, she does not feel the need to marry him now that she is a working-class woman.

She wants to end things with him, but her family feared that he would hurt her, so she is hesitant to do so out of fear.

The woman questioned why she was required to be with the person who had assisted her even though she did not want to be.

“Are we really forced to stay with men because they took us to school when our families couldn’t? He paid my fees when I was a student and now he wants a big wedding and children. i don’t even like him. Reality is I don’t enjoy doing anything with him. Sl***ing with him feels so forced. I’m on a pill because I don’t want his children.

I never loved him and don’t think I’ll ever do. I appreciate things he has done for me and my family when we had nothing. But I’m working now and he doesn’t have to do anything for us, I just want to leave. When I tell my family I want out they say he will hurt me and hurt them as well..

Am I supposed to stay where I’m not happy because of fear of death? Don’t people help out of their good hearts anymore? Isn’t that what God expects? I’m sure his soul mate is out there waiting for him, cause I know he’s not my type.” 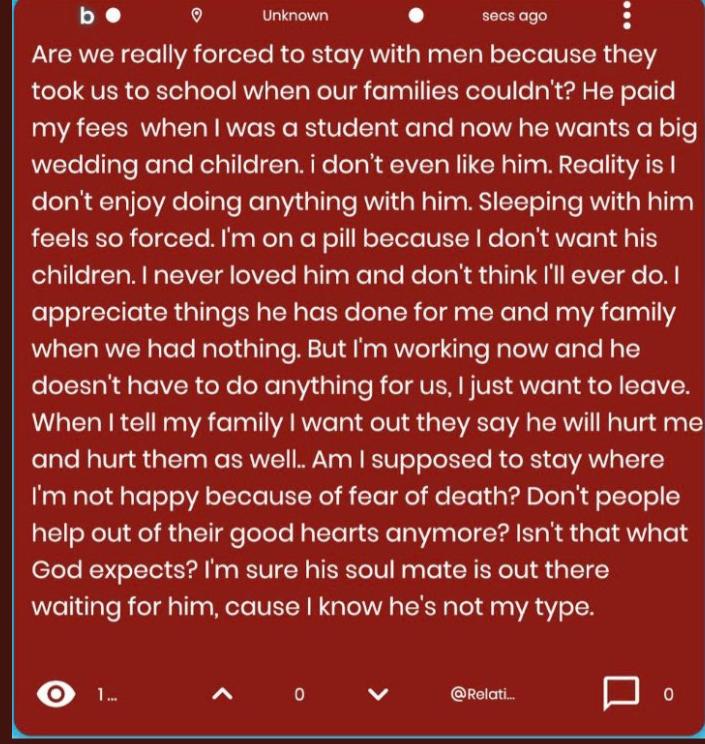 “I am wealthy and would be running for the president of Nigeria” – Hanks Anuku declares, dismisses speculations