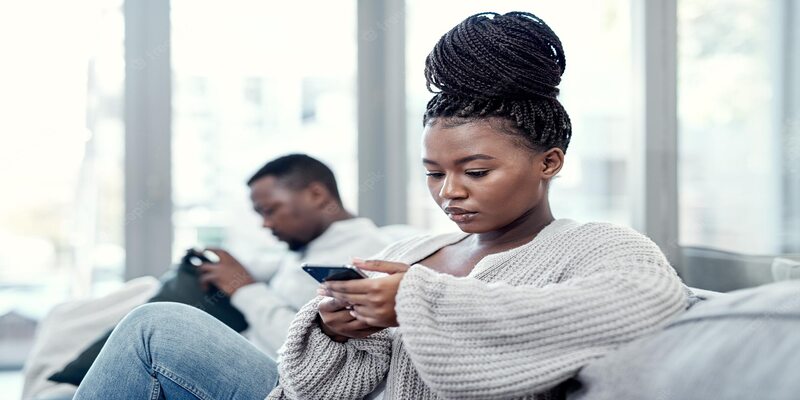 A Nigerian lady took to Twitter to ask why men set certain boundaries for their girlfriends.

This follows her boyfriend’s refusal to allow her to attend a party at another man’s apartment.

According to the user, she had previously informed her man that she would be attending a party, but it had slipped his mind.

Before he is reminded of the party, he asks her when she will be coming over to his place.

Despite knowing she will be attending the party with other female friends, he insists he does not want her there. 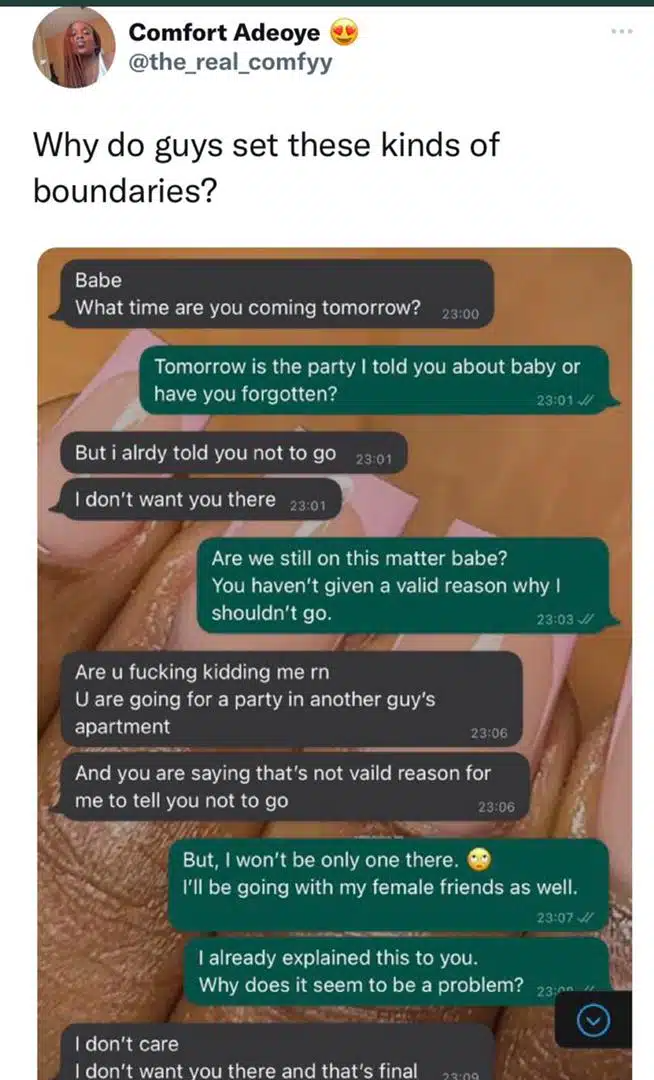