I didn’t want him to marry another wife, but it was his choice- Pete Edochie speaks out on Yul Edochie’s second marriage 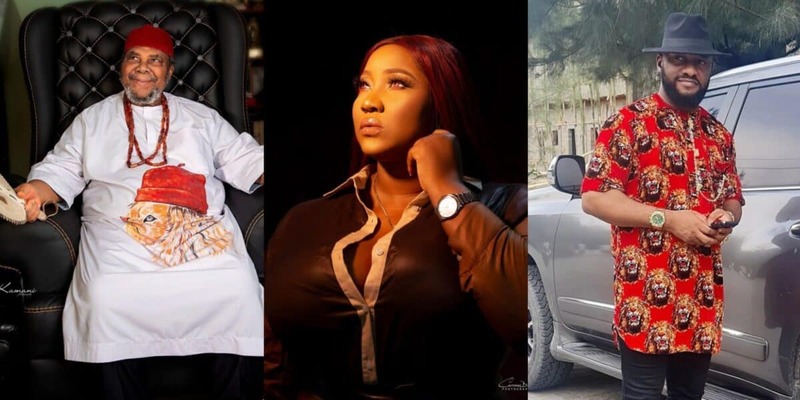 Pete Edochie, a veteran actor, has spoken out about his son Yul Edochie’s marriage to colleague Judy Austin.

Pete Edochie revealed in an interview with Vanguard how he felt when Yul revealed that he had chosen a second wife.

The legendary actor stated that he did not agree with his son’s decision but had to accept it because it was Yul’s decision to make.

“I didn’t feel good, but like I said, I’m a Christian and I read the Bible, Solomon, with 700 wives and 300 concubines, was branded a man of wisdom. It’s his choice and for whatever reason he decided to take a second wife, that’s what I can say”.

In other news, Kingsley Okonkwo, aka Kcee, a popular Nigerian singer, is known to have a close relationship with his younger brother and business partner, Emeka, also known as E-Money.

Kcee is so close to E-Money that he always mentions him in his songs. Five Star Music is co-owned by the duo.

Despite the fact that they are both married with children, their bond has grown stronger, and neither women nor money can separate them.