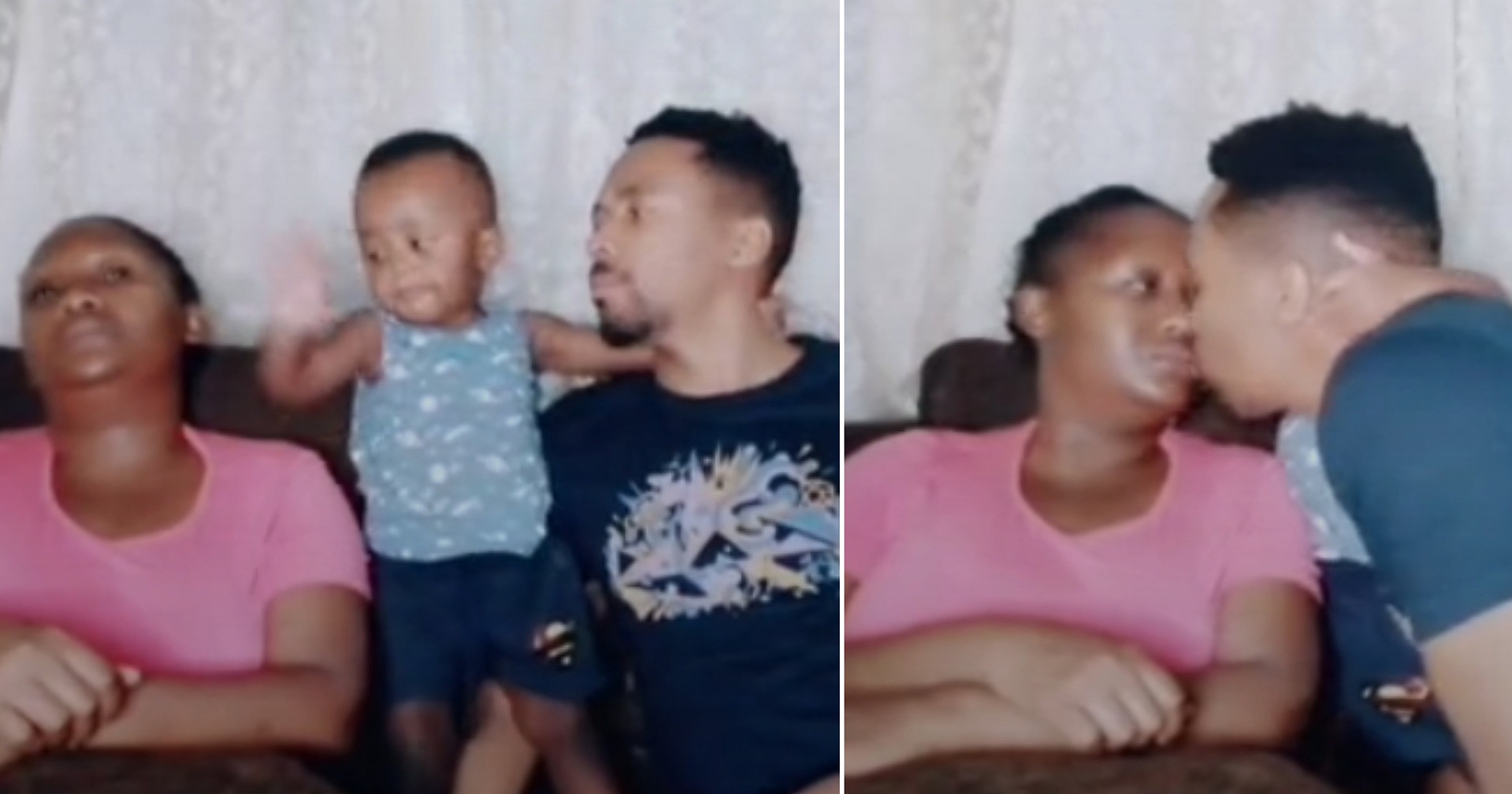 In a viral video, a little boy was spotted settling his parent’s dispute by making them kiss forcefully.

The couple didn’t want to settle their dispute but the adamant little boy wouldn’t have any of it as he insisted on a kiss from both ends.

The little boy would cry in protest when one of them decides not to consent to the kiss until the father eventually did.

Little hawker breaks down in tears after losing N500 (Video)

This brought smiles on netizens as many lovingly labelled the boy the ‘peacemaker’ of the house.

@justme_mo said, “After mama smiled he was like..”my work here is done”😂.”

@cynthiagesare2 said, “grabbing his dad’s face like ‘ look here am trying to help you’😂😂😂.”