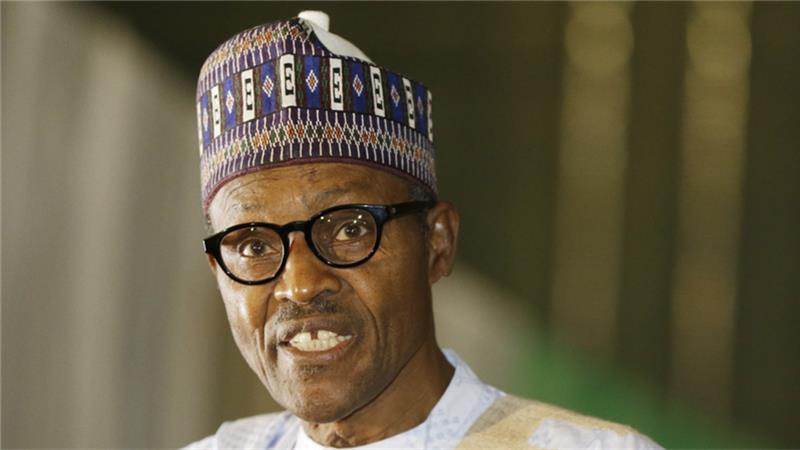 The activists have advised Nigeria’s leader to visit town of Chibok in Borno state, where more than 200 schoolgirls were abducted, and to apologise to Nigerians for failure to rescue them up till now.

The BBOG delegation headed by ex-minister of education, Obi Ezekwesili, expressed shock that the army and security agencies were unable to defend or free the girls.

Responding to their demands, the president who kept mum on the apology aspect, said it was disastrous and incomprehensible that Nigerian troops, who had fought chivalrously and respectably outside the shores of the country were now unable to beefy oppose Boko Haram insurgents at home.

He said: “Strategy and tactics have been drawn, multinational task force has been put in place more or else with headquarters in N’Djamena with a Nigerian General as Commander.

“And then the troops delegated by each of the countries are to be put in place by the end of the month. And Nigeria, I assure you will do its best because we as I said are the battle ground and we are being helped by our neigbours.

“It is paradoxical what the Nigerian military has achieved from Burma to Zaire to Liberia to Sierra Leone to Sudan; but Nigeria now has to be helped by Niger, Chad, and Cameroon. How are the mighty fallen!

“We will do our best to restore the respectability of our country and its institutions, although not all efforts being made by government would be disclosed to the public for security reasons.”

Buhari vowed to do his best in saving the girls and asked for patience, adding that for now, “I rest my case.”

He added: “In representing the government of Nigeria, we cannot rationalise the government incompetence in dealing with this issue. We only ask for your patience.

“It’s unfortunate that the security and Federal Government conflicting reports initially presented the government and its agencies in a very bad light both nationally and internationally because the law enforcement agencies and the government were conflicting each other sometimes within hours or within weeks, that is not very impressive.

“The delayed and late reaction by the former government and its agencies was very unfortunate. And I thank the leader of Chibok Community for the articulated priorities he has drawn about welfare of the families, of the communities and rehabilitation of infrastructure. I think government should provide these infrastructure as a matter of right.”

The president criticised the suicide attacks of the insurgents, saying: “we are pleased that in the excesses of the terrorists, they have blown up themselves.

“I think they have to change their names from Boko Haram to something else because no religion will kill the innocents. You can’t go and kill innocent people and say ‘Allah Akbar!’ It is either you don’t believe it or you don’t know what you are saying.

“So, it has nothing to do with religion. They are just terrorists and Nigeria will mobilise against all of them.”

Responding, the BBOG campaigners insisted that the immediate rescue of the 219 kidnapped Chibok girls will amount to the strongest statement that government, has respect for the sanctity and dignity of every Nigerian life.

Other demands comprise strategies for curbing the emergence and growth of curious sects; immediate setting up of a structured feedback and communication system; setting up Commission of Inquiry for Accountability on Abduction and Rescue of Chibok Girls; and release the report of government’s fact-finding mission on the Chibok saga.

They also asked “that all Nigerians will join our #BringBackOurGirls movement to continue to advocate for our 219 #ChibokGirls until they are rescued and be prepared to embrace and welcome our Girls back home.

“Immediate set up of a Missing Persons Bureau. Formally re-affirm the legitimacy and relevance of the #BringBackOurGirls campaign as a purely citizen contribution.”

After Nigerian forces rescued 200 girls and 93 women from the Boko-Haram occupied Sambisa forest, many hoped that the missing Chibok schoolgirls whose abduction inspired the global campaign to ‘Bring Back Our Girls’ would be among them. But, the Nigerian army has said they are not the ones rescued.