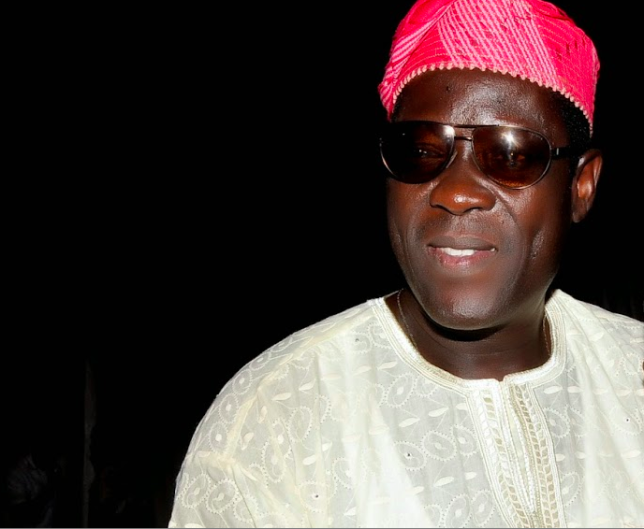 According to the actor, most actors now rely on their wives to be fed, as the menace caused by piracy has had a negative effect on their finances. Veteran Yoruba actor, Taiwo Hassan, also known as “Ogogo”, has revealed that the unrewarding state of the movie industry has encouraged him to consider other means of income such as farming.

In an interview published by Punch News on Saturday, August 14, 2016, Ogogo observed that piracy has made it difficult for actors and movie producers to get value for their hard work.

Most of the time, a film gets circulated into the market barely hours after release, and it is all down to the activities of pirates, who have denied him and many others of their royalties.

“I just can’t be chasing some jobs that are not worth it now. Imagine going to Ibadan now on fuel of about N30, 000, the producers don’t usually have the fund to pay for my hotel and I will lodge my personal assistants in hotels as well.”

” I can’t commit to jobs that are not worth it. It is not every job that one gets to do at a certain stage in one’s life.”

“No marketer can finance a movie project with a large amount of money.”

” Imagine releasing a movie in the morning by 9am and by 2pm the pirated copies will be out. So, how do we get our royalties or how does the marketer recoup his investment?”

According to the actor, most actors now rely on their wives to be fed, as the menace caused by piracy has had a negative effect on their finances.

“We solely depend on God’s mercy now, and the goodwill of those who love us. Only few have small businesses of their own. As I speak, some actors are being fed by their wives.”

“A big marketer in the industry told me when he wanted to release a Yoruba movie, some Igbo boys in Alaba told him to settle the pirates so they don’t pirate his movie. That is happening in a lawful society.”

Hassan observed that actors are the least paid when compared to professionals who play football or have a music career.

This has been the reason why he decided to venture into farming, which was practiced by his parents.

”Footballers and musicians make more money than actors. Actors are the least paid.”

“My parents were farmers. I have partially started the process of going into farming”, he said.

Arsenal not ready yet, says Wenger