The 13 female celebrities with the hottest pair of legs – You need to see #1! (With Pictures) 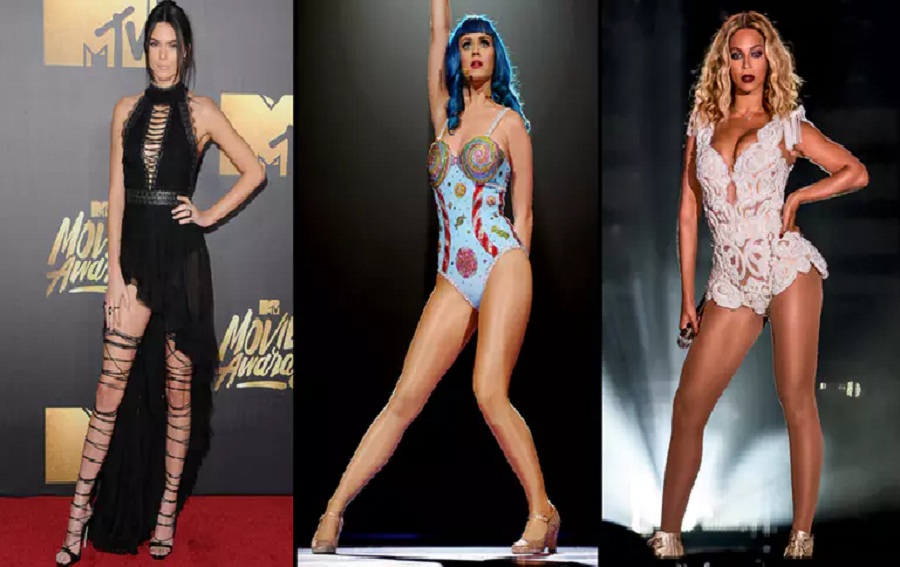 Celebrities with the hottest pair of legs – A woman’s body is a work of art, with different parts appreciated by many. However, there is one part of the female body that drives us crazy, it’s their legs. There is something super attractive about a nice pair of legs. Here are some of the hottest legs from celebrities to ogle and appreciate God’s work.

Just missing the list is one of the most famous sets of legs, those belonging to one Tina Turner. Turner had her legs insured, they were so famous. How does she not make the list? The way I see it, her legs can still compete, but I consider them retired, taking it easy in Florida or someplace warm.

Turner’s legs are above this, they are already famous. Also, just missing the list is Kylie Jenner, only because we have a Jenner and Kardashian already on the list, enough already. Don’t worry; Kim Kardashian is not on this list.

Thank God! Finally one list she doesn’t make… Chrissy Teigen, the famous swimsuit model, doesn’t make the list because she teamed up with L.L. Cool J. Sorry, I’m stubborn that way. Finally, Whitney Port is not here, because despite having hot legs, there is just something about her that doesn’t make the cut.

We’ve got musicians (lots of musicians), actresses (including reality stars) and of course, models. So much research went into looking at images of models’ legs. Sometimes writing for this website really is the gift that keeps on giving. Okay, let’s get started, here are the 13 hottest sets of legs of our favorite celebrities.

Recognized by Time magazine as one of the 100 most influential people in the world AND a dynamite set of legs? Carrie Underwood really does have it all!

The country singer star became famous in 2005 when she won the fourth season of American Idol. In 2005 she released her debut album, Some Hearts, which featured block-buster hits “Before He Cheats” and “Jesus, Take the Wheel,” leading the album to become the fastest-selling country debut in history. She won three Grammys including the Best New Artist Grammy that year.

In 2008 she was inducted into the Grand Ole Opry and in 2009 was inducted into the Oklahoma Music Hall of Fame. She has won seven Grammy Awards, 12 Academy of Country Music Awards, 11 American Music Awards and many, many more. She has had 15 number one hits and is not only a huge country star, but also become a cross-over star, having her music played on pop radio as well.