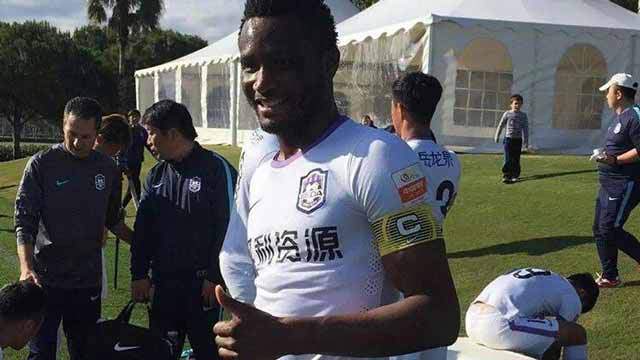 Mikel wins: Super Eagles skipper, Mikel Obi, has finally grabbed his first victory since moving to the Chinese side, Tianjin TEDA, in January.

First photo of Mikel Obi and his teammates from Chinese…

News of Ideye’s arrival might have lifted the spirits of the team who have desperately been in the hunt for goals.
The ex-West Brom forward who grabbed 13 league goals prior to leaving Greece will definitely provide the much-needed firepower.

TEDA’s performance against Ryukyu will serve as a morale booster ahead of the start of the new CSL season.
(169)