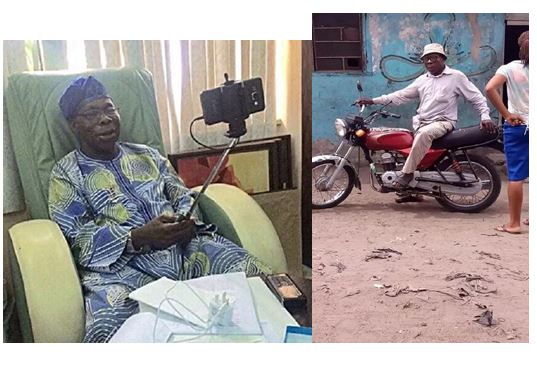 Former Nigerian president, Olusegun Obasanjo, is one of the most respected Nigerian leaders of our time. Having ruled Nigeria more than two times, Obasanjo is an iconic leader who is intelligent and diplomatic. Many believe he knows many things and can take the country to greater heights if the present leaders are willing to learn a few tricks from him. The leader who hails from Ogun state was born March 5, 1937 has all it takes to mentor other Nigerian leaders as a result of his age and years of experience.

Work aside, Chief Obasanjo is a lovable character in Nigeria. Due to this, there are many sides to him. As a political leader, he is knowledgeable and wise. Nigerians over time have learned to understand this man and have come to appreciate him for who he is.

For one, he is known to be nobody’s friend as he tries being fair to all. Again, those who know him well know better than to step on his toes; his military background has a major role to play in this. During his reign as the Nigerian leader, he made sure the projects he handled took Nigeria to greater heights.

Till this very day, the role he has played in the history and development of Nigeria will never be forgotten. The former Nigerian president is not all stern in his disposition. There are some funny sides to him.

The pictures below show different sides and faces of this iconic and enigmatic Nigerian leader. For each picture you see here, there could be more than ten memes generated. Nigerians no dey dull when it comes to that.

There is a wide spread misconception that people who are old lose touch with the happening trend in the society. For an important personality like Obasanjo who is healthy and active at his age, there is nothing of such. The selfie picture in this post proves that the older folks may learn how to do things better than the younger generation if they learn the art well.

Find some of the pictures below:

1. Moving back to the civilian rule was not difficult for him