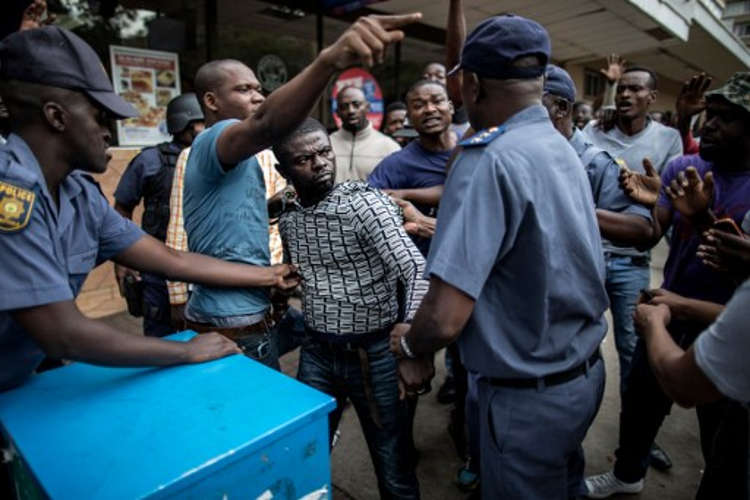 Gunmen murder two Nigerians: The Nigeria Union of South Africa said on Wednesday that two Nigerians were shot dead in Western Cape Province of that country.

Mr. Mike Ibitoye, the Chairman of the Union’s chapter in the province, told the News Agency of Nigeria on the telephone from Cape Town, South Africa, that the Nigerians were shot by unidentified assailants.

“Mr. Ernest Ughakwesili, 42, a native of Nkpor, Idemili North Local Government Area of Anambra State, was shot in a nightclub by gunmen at Strand Area of Cape Town on Sunday.

Bear with us, if we have not done enough – Buhari appeals to…

US Election: “A parade for me in Nigeria, a great…

“The assailants escaped after the shooting and the victim died before being rushed to the hospital,” he said.

Ibitoye also said the second victim, Chimezie Oranusi, 26, from Oba town in Anambra State, was shot with a friend in a car at Delst area of Cape Town.

“The friend is a South African and is still in the hospital receiving treatment.

“The incidents have been reported to the police and the national secretariat of the union,” he said.

The chairman said that the motive for the shootings had not been ascertained, adding that the police had commenced investigation.

The Secretary of the union, Mr. Adetola Olubajo, said the national secretariat had received the report of the killings.

“We have received a report about the killing of two Nigerians in Cape Town, Western Cape Province of South Africa.

“The union’s chapter in the province is handling the matter while the national body has reported the incident to the Nigerian Mission in South Africa.

“We urge Nigerians in South Africa to remain law abiding. We also appeal to the Federal Government to continue to protect the welfare of our people here,” he said.

Couple arrested for allegedly selling their daughter for N400,000 in Calabar