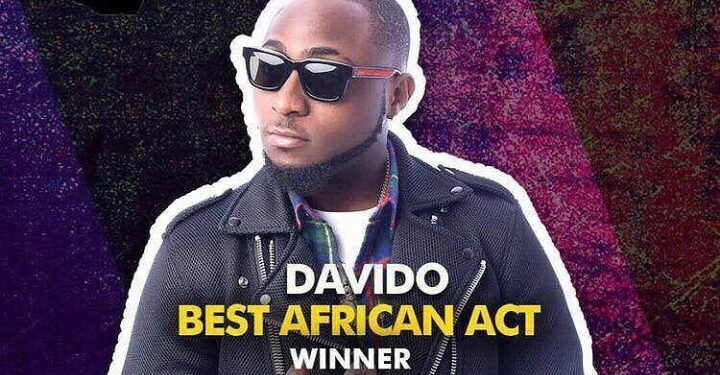 Popular award winning artiste David Adeleke aka Davido, has just won the MTV EMA (Europe Music Award) awards best African act of the year at the 24th annual MTV EMA awards which took place today in the U.K. Davido and Wizkid who have always competed with each other with each declaring his supremacy were both nominated for the award but Davido took it home. Looking at 2017, it has been a great year for both African pop singers Wizkid and Davido as they have independently recorded massive successes both locally and globally.

Davido is credited to have the two hottest African pop songs of 2017 IF and Fall and the former earned a lengthy verse from RnB Veteran Rkelly. The completion of his ’30 Billion World Tour’ which took the singer to 30 cities across the world is also a very applaudable feat. He also launched a clothing line after his song ‘IF’. Davido has definitely had a great run in 2017.

Wizkid on the other hand has been breaking records, moving from one achievement to the other. From becoming the most streamed African artist on Spotify to releasing an international tape [Sounds From the Other Side], snagging a gold recognition in Canada for Come Closer [featuring Drake], landing in the Guinness book of record for his contribution on the most streamed song on Spotify worldwide and most recently becoming the first African artiste to perform at the Royal Albert Hall in London, the list of his achievements is endless.
Wizkid has equally had a fabulous run this year.
Congratulations to Davido!