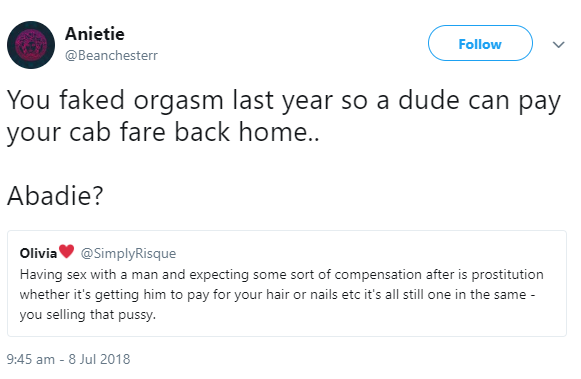 Twitter never forgets and this user is finding that out the hard way. Last year, Twitter user, Olivia, tweeted about faking orgasm just so her lover could give her cab money, and her tweet went viral. So did the message her lover sent to her after he saw her tweet. Recently, she took to Twitter to admonish women who have sex with men while expecting some sort of compensation and Twitter users quickly dug up her tweet from last year to remind her of her past.