American Rapper and new convert, Kanye West performed the story of the birth of Jesus Christ last night and he was covered in silver painting all through the production. Kanye premiered his new opera, dubbed “Mary”, a production Kanye dedicated a to honour of Jesus’s virgin mother in Art Basel in Miami. 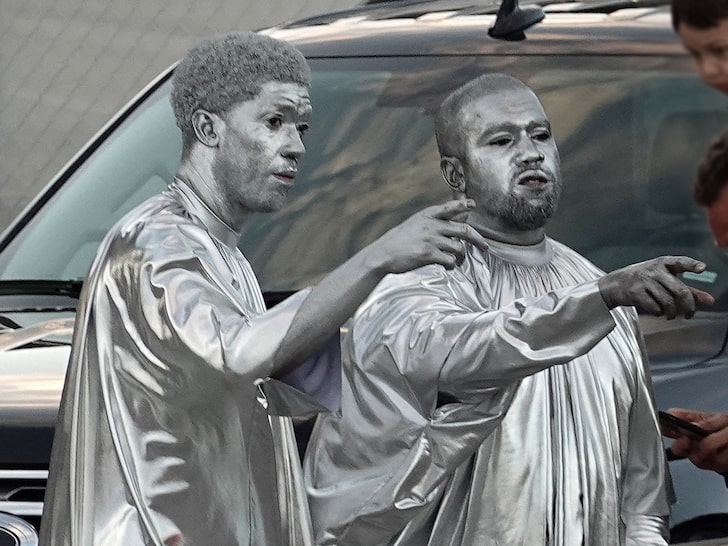 The play portrayed the Nativity story … in which Mary miraculously became pregnant and gave birth to Jesus in Bethlehem, welcoming royal visitors from distant lands for the occasion.
Have you read: Kanye West forgives Jay Z after 5 years beef, reunite at P.Diddy’s 50th birthday Party (Photos)
As for what the silver outfit might mean … it’s anyone’s guess. Kanye and co. may be playing angels of some sort, or maybe Christmas stars guiding the way? Time will tell. See more photos below: 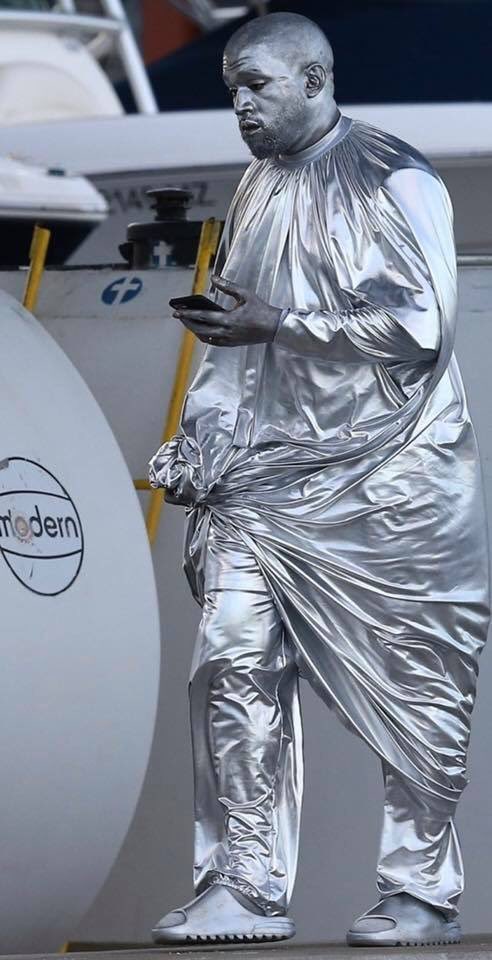 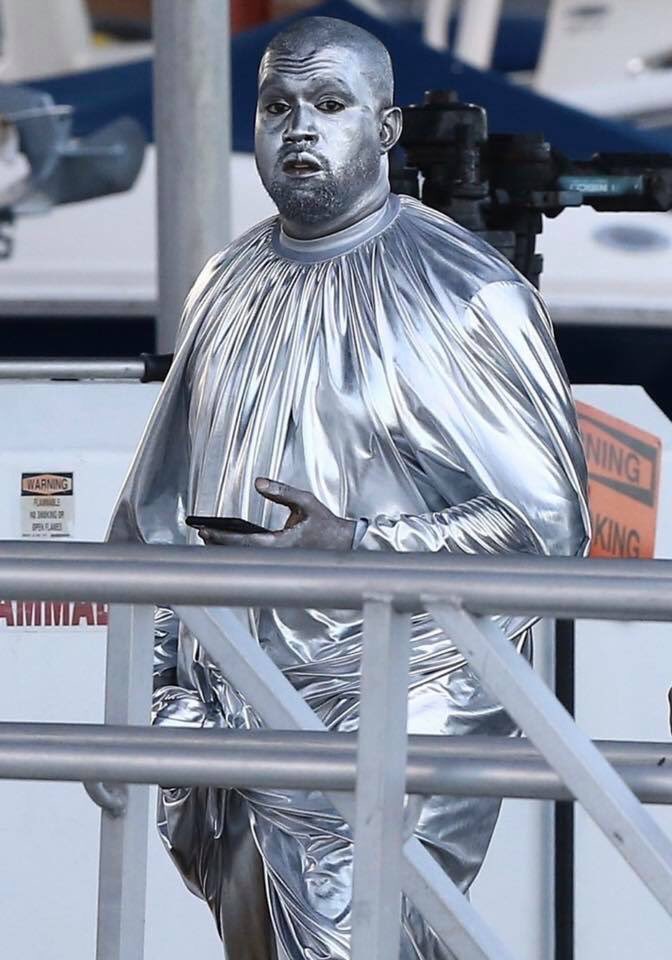 Have you read: GOD has been calling me for a long time but devil kept distracting me – Kanye West 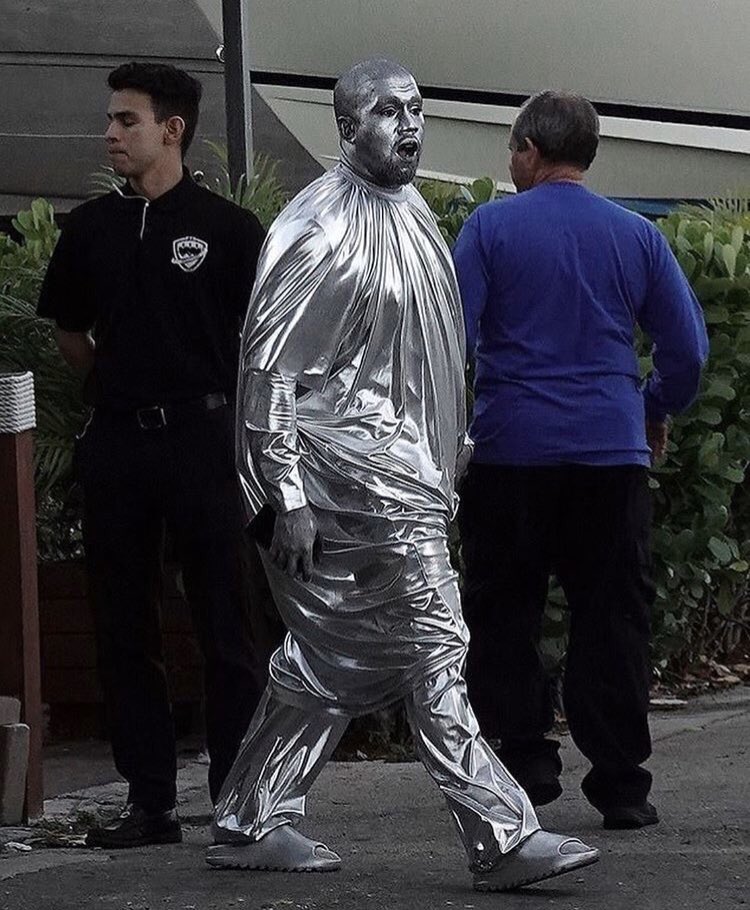 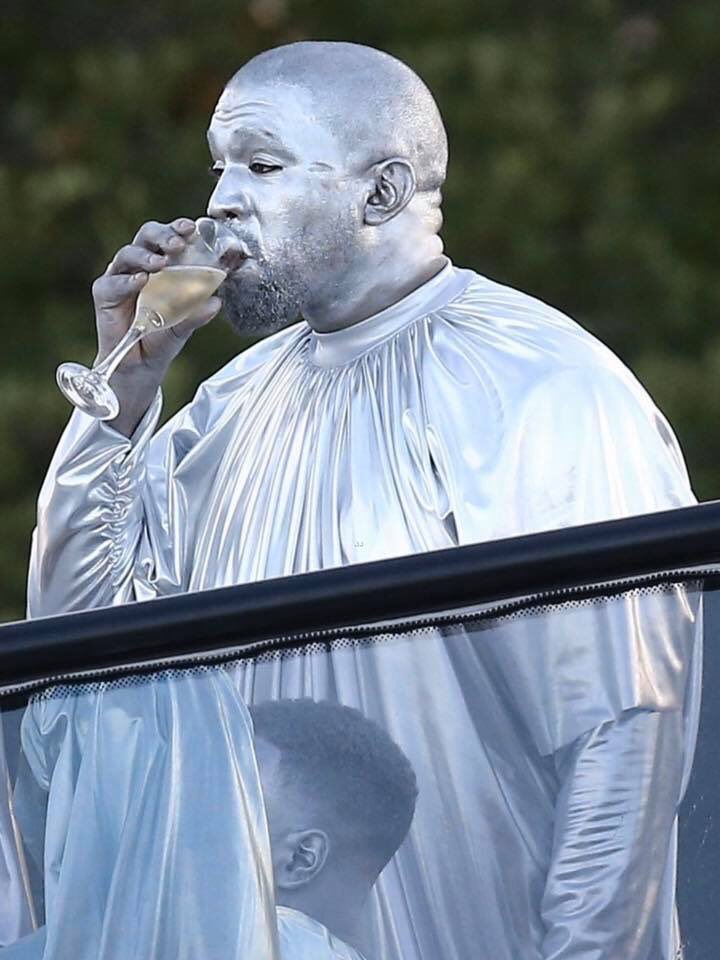