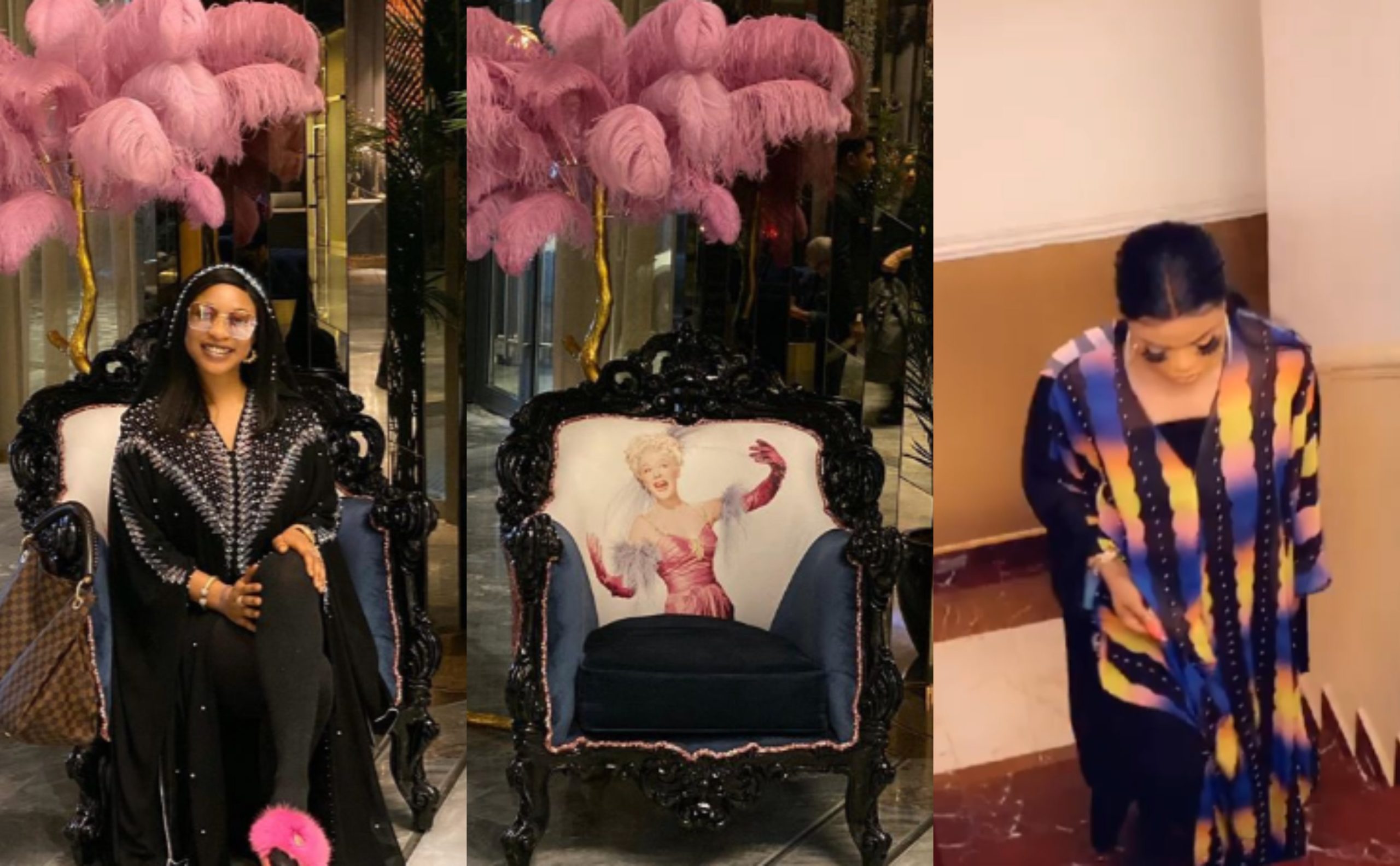 We had earlier reported of the frantic arrest of popular Nigerian transvestite, Bobrisky who was reportedly  arrested by law enforcement agency at his Lekki residence on Thursday evening. It’s only a matter of time before one of the two controversial celebrity best friends get into trouble; it’s been looming ever since Bobrisky and Tonto Dikeh graced downtown Dubai few weeks back. With different criminal rumours trailing Tonto Dikeh in the United Arabs Emirates.

Reports that we gathered revealed that he was arrested on Thursday evening while he was chilling at his residence inside Bera Estate, Chevron Drive, Lekki and he has whisked away by law enforcement officers.

Shockingly, on Friday morning, Bobrisky was spotted again with the officers who arrested him as they brought him back to his residence to move all his luxury cars.

It was gathered that his arrest is linked to his “cross-dressing” activities, although this hasn’t been verified. One of the officers was also quoted as saying “we will turn him back to a guy.”

Going by the reports, we could find an iota of truth in them as Bobrisky and his somewhat estranged bestfriend,  Tonto Dikeh have last updated their social media pages 24 hours ago. Could they be linked together? Is it the alleged arrest of Tonto Dikeh in Dubai? Are the prophecies playing out?

We are sure fans of both parties can’t wait for their favorite celebrity to clear the air over the peddling rumors. As at press time, Official reports over Bobrisky’s alleged arrest have not been gathered.