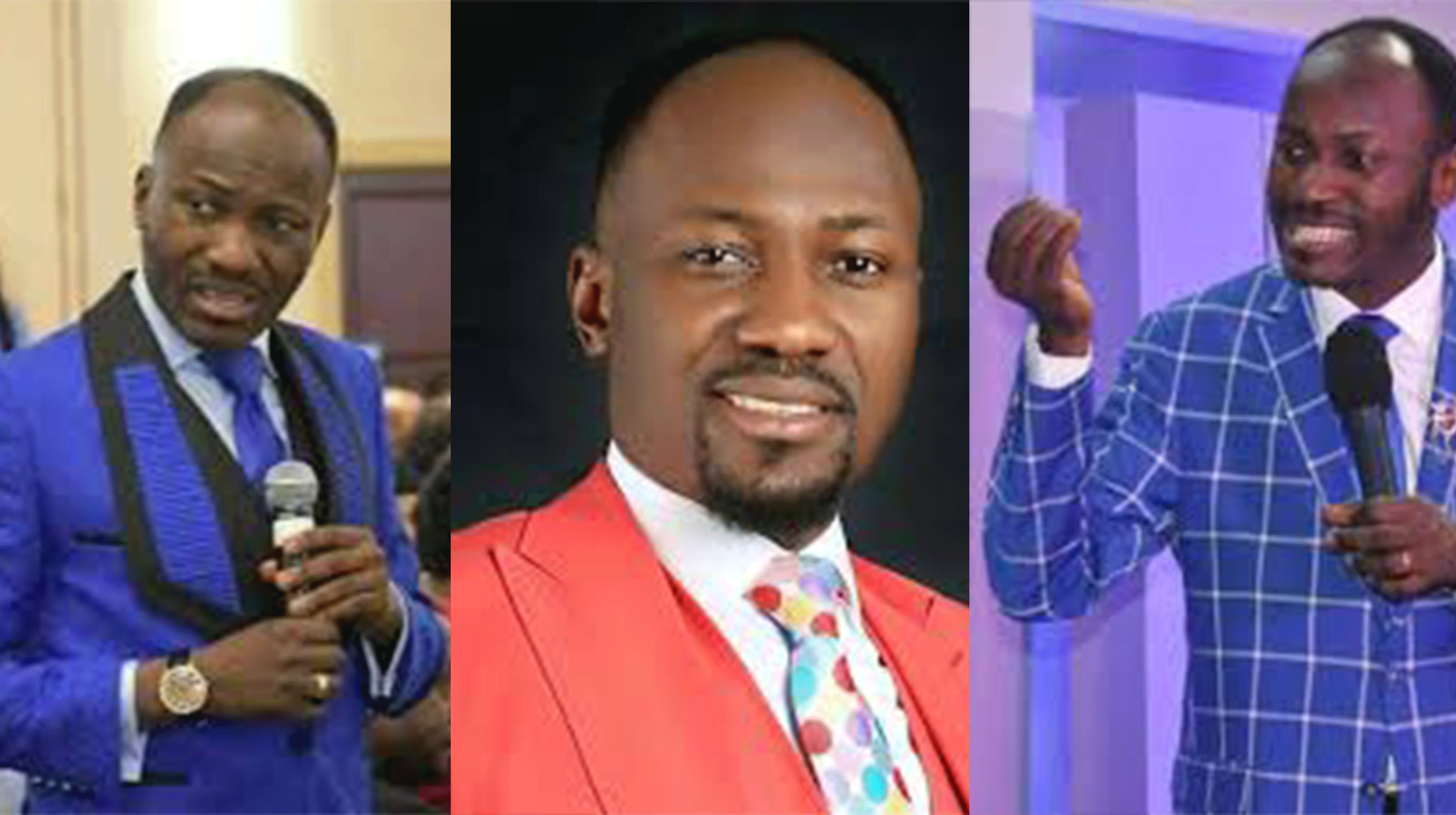 Apostle John Suleman took to his twitter handle to express his mind about academics and frankly, he may just be speaking the minds of Nigerians. The Man of God took to twitter saying “Academic Excellence is Overrated”

Johnson Suleman is a Nigerian televangelist and the senior pastor and general overseer of Omega Fire Ministries International, a church with its headquarters in Auchi, Edo State. After working as an assistant pastor in the Armor of God Church in Lagos from 1998, he started Omega Fire Ministries in 2004

He had more to say about Academics in his tweet. According to him “School rewards people for their memory but life rewards for imagination”

‘You have met the wrong person’ – Chioma Ifemeludike drags… 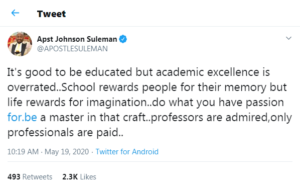 It is perhaps easy to understand why the clergyman would hold such views on education considering the number of graduates Nigerian Institutions spill out yearly which have had little or no impact on the socio-economy of the country.

Even though the Clergyman gave recognition to professors, his full praise went to the professionals. According to him “professors are admired, only professionals are paid..”

His full tweet was “It’s good to be educated but academic excellence is overrated..School rewards people for their memory but life rewards for imagination..do what you have passion for. be a master in that craft..professors are admired, only professionals are paid..”