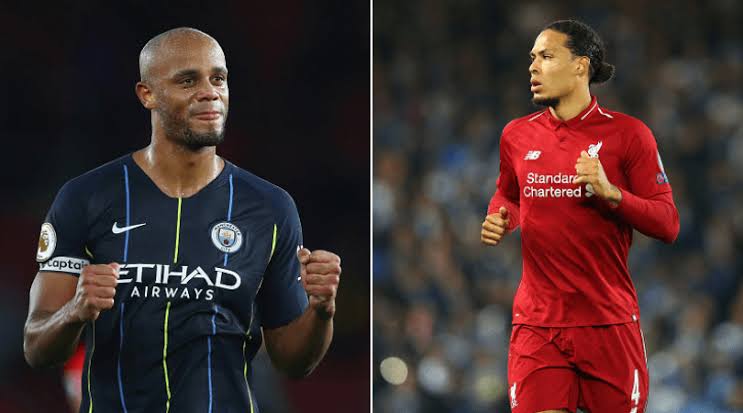 Former Manchester City star, Vincent Kompany has shared his opinion about Liverpool defender, Virgil Van Dijk as he declared that the Dutch star made the Reds less “vulnerable” and thus the greatest defender in Premier League history.

Recall that Van Dijk joined Jurgen Klopp’s Liverpool side in January 2018 from Southampton, however, he has turned out to be the pillar in the Reds defence which saw them reaching the final of the Champions League the same year.

His contributions to the team in the following season was instrumental as the Premier League side claimed the Champions League crown and they are also on the verge of winning the domestic title this term.

Kompany, who is now a coach with Anderlecht has played against defenders like Rio Ferdinand and John Terry during his days with Man City, he however rated the Dutchman above them.

Van Dijk has been able to combine “old-school defending with a modern twist” and helped Liverpool push for honours on both domestic and European fronts, Kompany argued.

He explained that he has never seen Klopp’s side show the kind of “supremacy” they are exhibiting this year.

“It’s very difficult to have a player that has such a big impact at a big club,” the Belgian told BBC Football Focus. “He has brought back old-school defending with a modern twist – and I respect that.”

Coronavirus: CAN explains why churches will remain closed