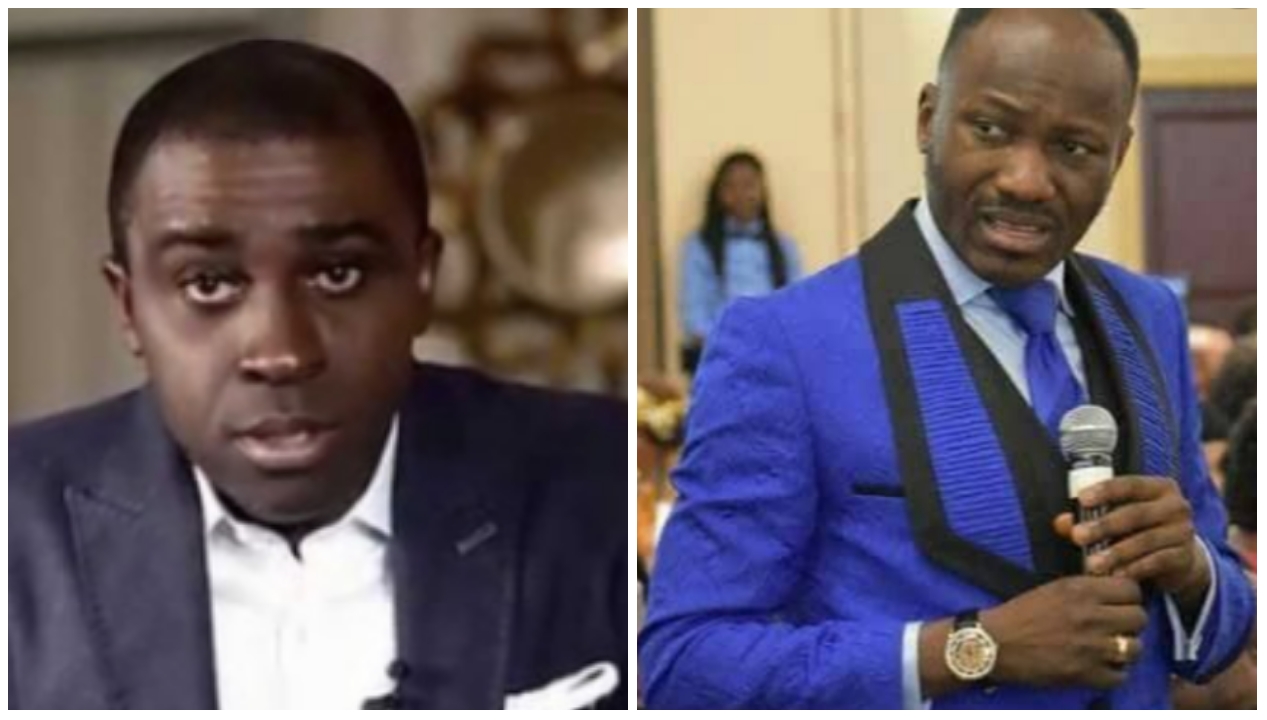 Nigerian popular media personnel, Frank Edoho, a former host of popular TV program, Who Wants To Be A Millionaire, took to Twitter on Saturday to drag Apostle Johnson Suleman of the Omega Fire Ministry after Chelsea suffered a defeat.

Apostle Suleman in a post via his Twitter handle tried to mock Chelsea fans as he wrote, “Chelsea fans, well done o… I am just greeting.. Or should I greet 3 times?”

However, Frank, who is a Chelsea fan was up to the task as he gave a response to the Apostle.

Frank wrote, “Oga, if we enter you and your club, Church members go start to talk say, touch not my anointed!”

Oga, if we enter you and your club, Church members go start to talk say, touch not my anointed! https://t.co/qzpmt2Irte

Recall that Chelsea suffered an embarrassing defeat in the hands of Sheffield United yesterday with 3 goals to nothing.