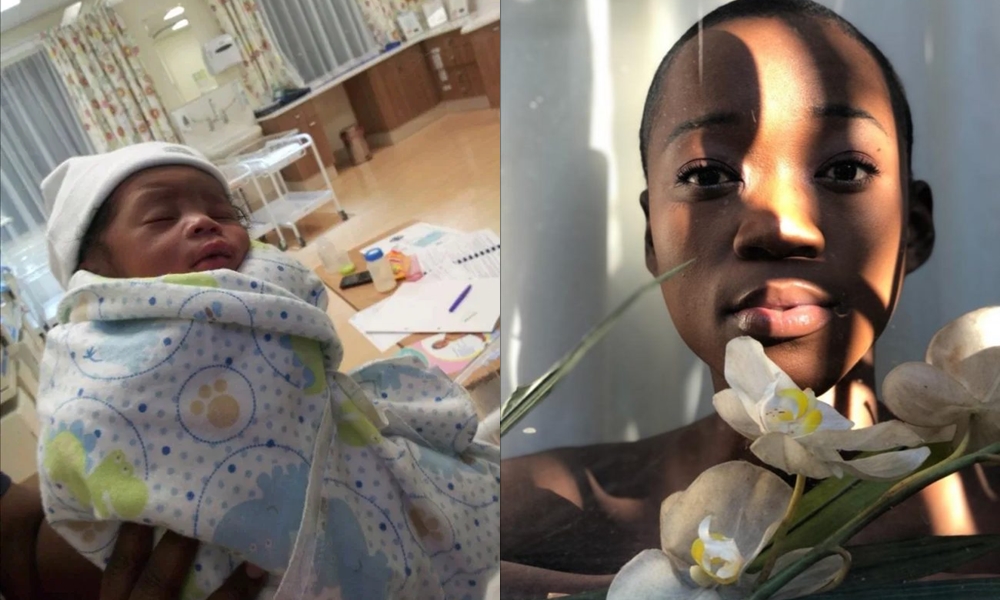 A South African lady, with the name Lelethu Ndlungwane has taken to social networking platform, Twitter to reveal how she wasn’t aware that she was pregnant until the day she gave birth.

According to Lelethu, she found out about it when herself and her mother were spring cleaning and believed it was subtle period pains until proven otherwise.

Lelethu shared that her mother sought the help of their pastor when the pain persisted and an overnight prayer session was organized at the religious leader’s place.

However, while spending the night, at about 1 am she felt something getting ready to pop out of her but the pastor felt it was a demon.

But when her water broke, that was what led to them realizing she was pregnant as they rushed her to the hospital.

After sharing her story, Lelethu also posted a photo of the newly born baby.

Read her story below,

“Found out I was pregnant the day I gave birth. My son was named Smangaliso, because wow us’mangazile nyani!! “My mom and I were spring cleaning on this day when I suddenly experienced what started off as subtle pains. I thought I was about to start my period but the pain intensified!

“My mom then called the pastor because the situation was getting dire. I went as far as asking my sister to play Sedilaka by the Soil because I thought I was exiting “Then the pastor said we should come to her house so that they could pray for me. We got to the house, and it turned into a night of prayer struuuu.

Demons were being cast out left, right and center. I am crying to the point where the tears weren’t coming out anymore. “Now it was around 1 am and I felt something wanting to come out my vagina. The pastor then told me to go to the toilet. Her words were “we’re going to deal with this demon today.”

“When we got to the toilet she called, I’ll call her Khosi, who was in the worship team, who wait for it….is a mid-wife by profession! “When she came in and saw the mucous sac protruding, she immediately confirmed that I was indeed in labour.

“Anyway Khosi asked for a razor and cut the mucous sac and asked me to push. Once she got Mangi out, I’m pretty sure I passed out in disbelief and trauma “My mom ran out the house when Mangi started crying. She was convinced that Mangi was is’lwane.

Anyway fast forward, we rushed to the hospital, placenta in a plastic bag, blood everywhere and baby in towel. The nurses were gobsmacked of course. “Mangi, once we had arrived at the hospital and they had given him a wash. I believe the things he had on were given by the hospital neh.” 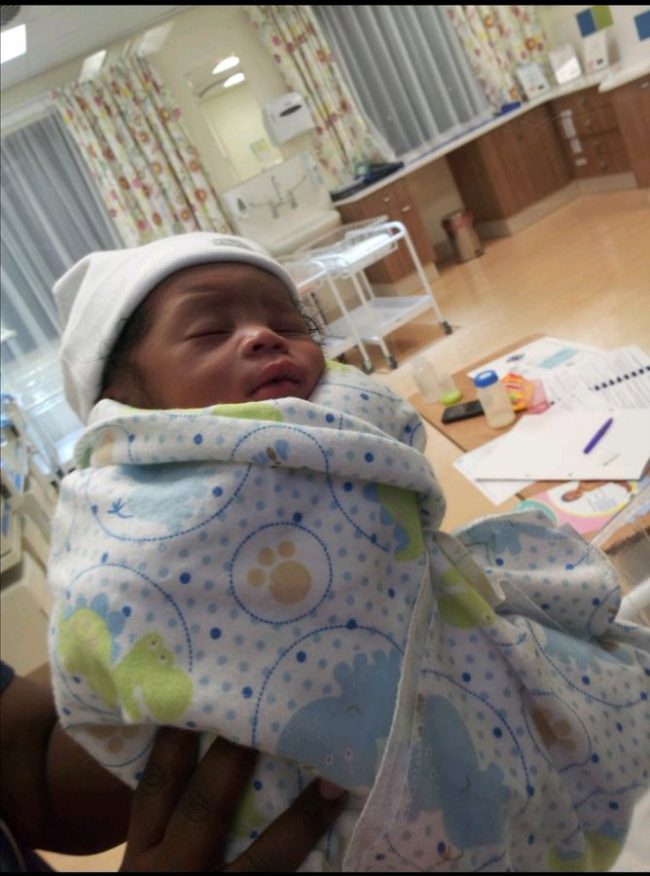 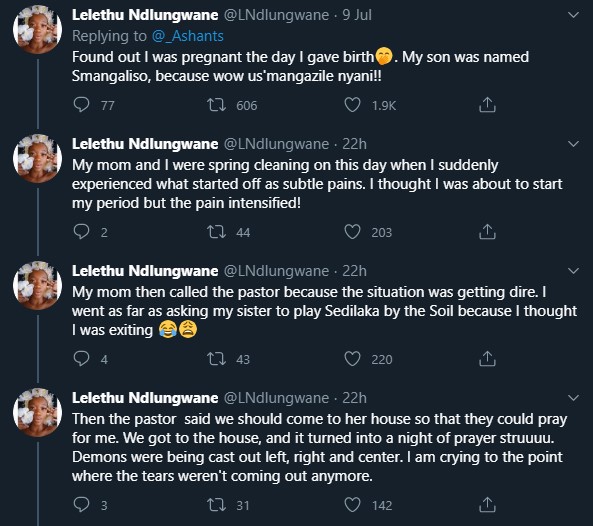 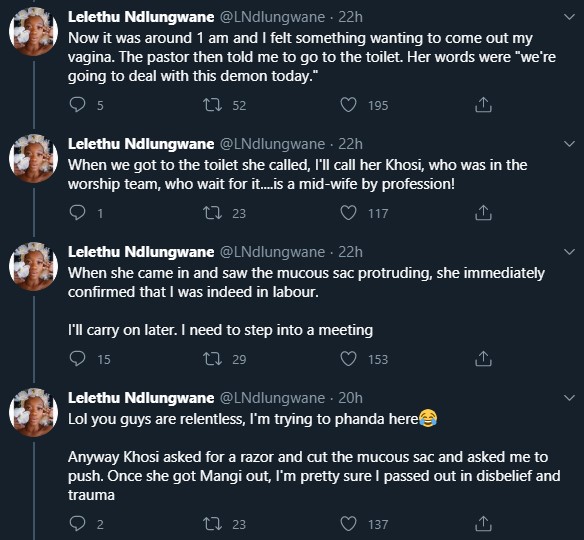 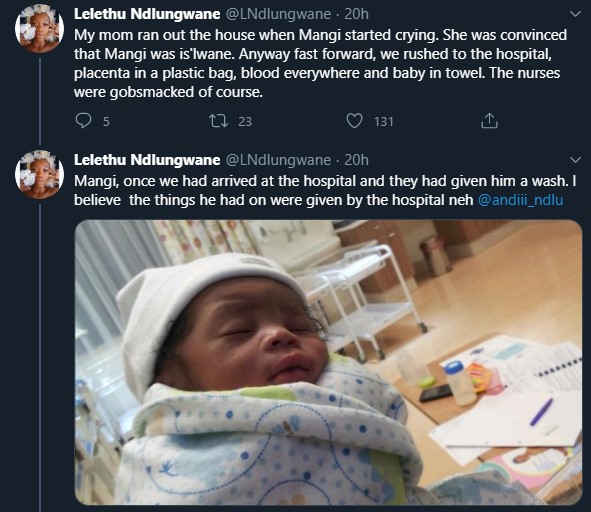