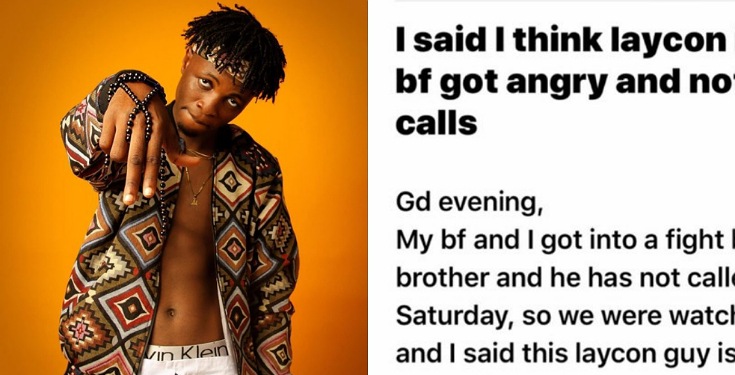 A Nigerian lady has taken to social media to lament about how her boyfriend stopped picking her calls after she told him BBNaija Lockdown housemate, Laycon is hot.

She wrote to Instagram based Nigerian relationship expert, Joro Olumofin who in turn shared a screenshot of the mail he received from the lady on his page.

According to the lady, her said boyfriend decided to cut all means of communication with her after she said that the reality TV star is “hot”.

She said she made the remark about Laycon when they were both watching the house party on Saturday.

he stated that her boyfriend flared up over her comment and said she’s only attracted to looks and fame, as that she has never complimented him in that manner before.

See screenshot of email she sent to Joro below… 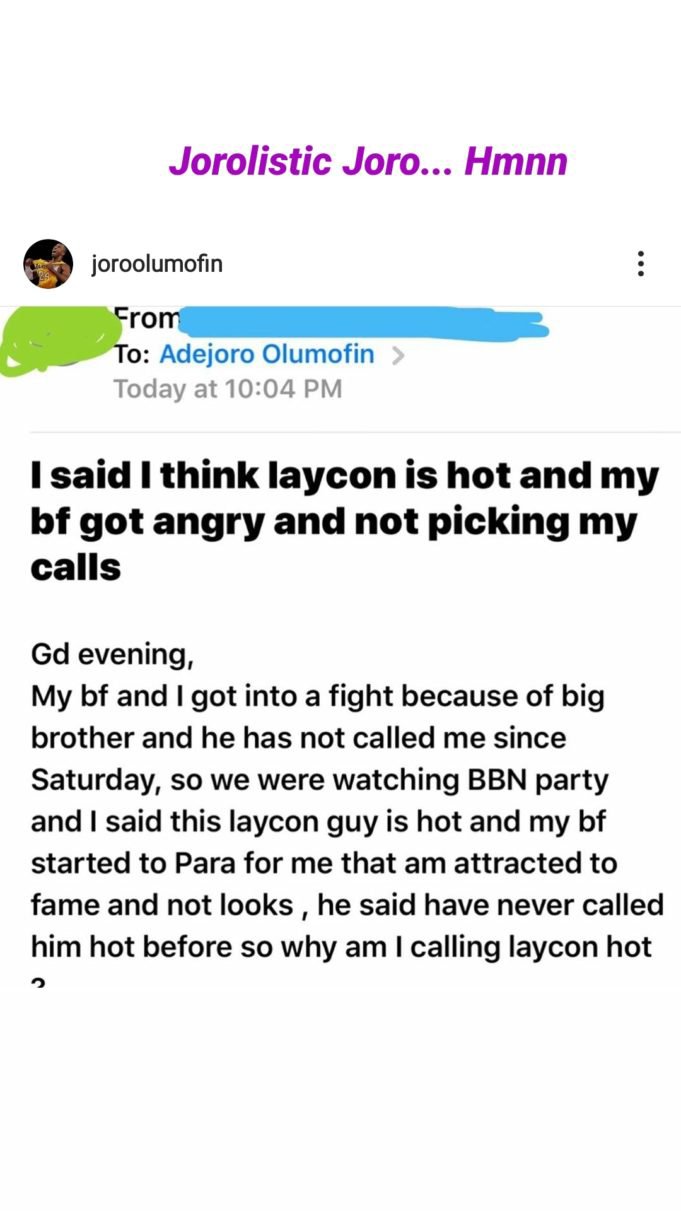 #BBNaija: See disgusting look Laycon gave Erica and Kiddwaya while they were kissing…

BBNaija: Biggie advises Laycon on his feelings for Erica, tells him what to do