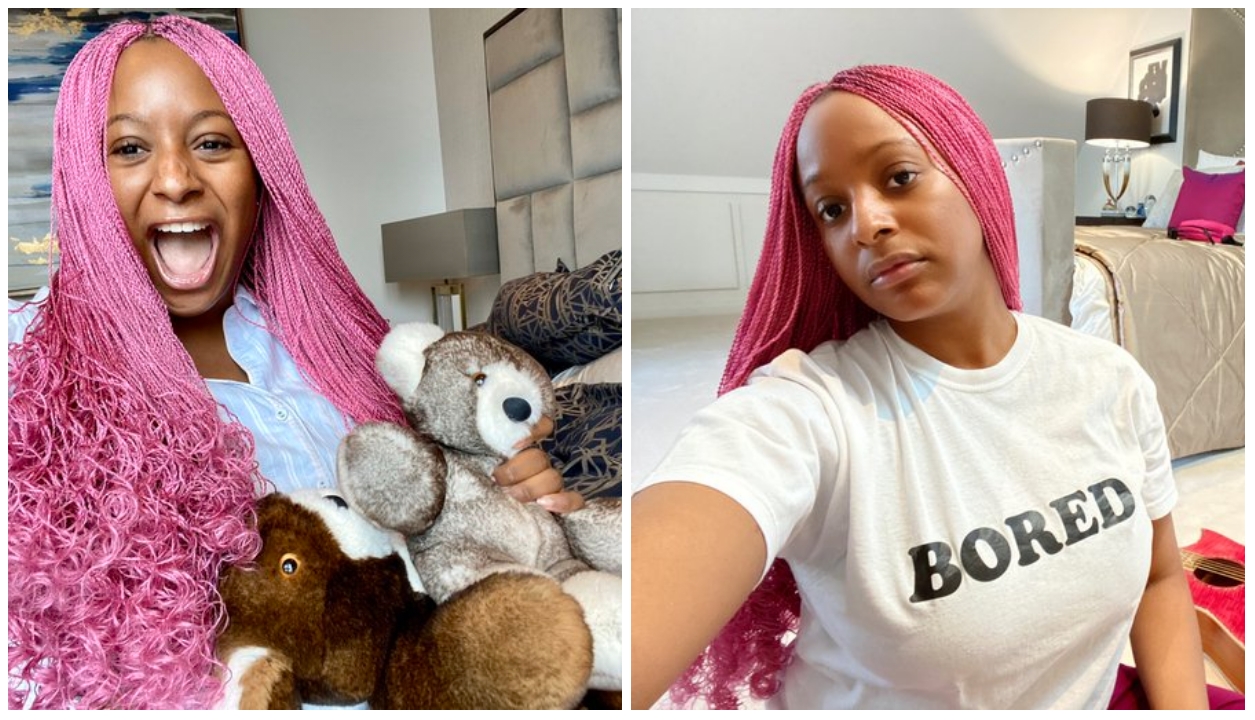 Billionaire daughter, Ifeoluwa Otedola aka DJ Cuppy has once again shown fans why she’s regarded as one of the richest artiste in the country as she ask for her father’s house keys in Monaco after getting bored in UK.

DJ Cuppy has been stuck in United Kingdom ever since lockdown started across the globe and this seems to be taking toll on her.

The beautiful screen diva who has become the talk of the town ever since she quitted her six years relationship with Arsenal Football Club by joining Manchester United took to her Instastories to vent out her frustration.

DJ Cuppy via the post tagged her father, Femi Otedola and asked for the house key in their house in France as she hopes to jet out as soon as possible. 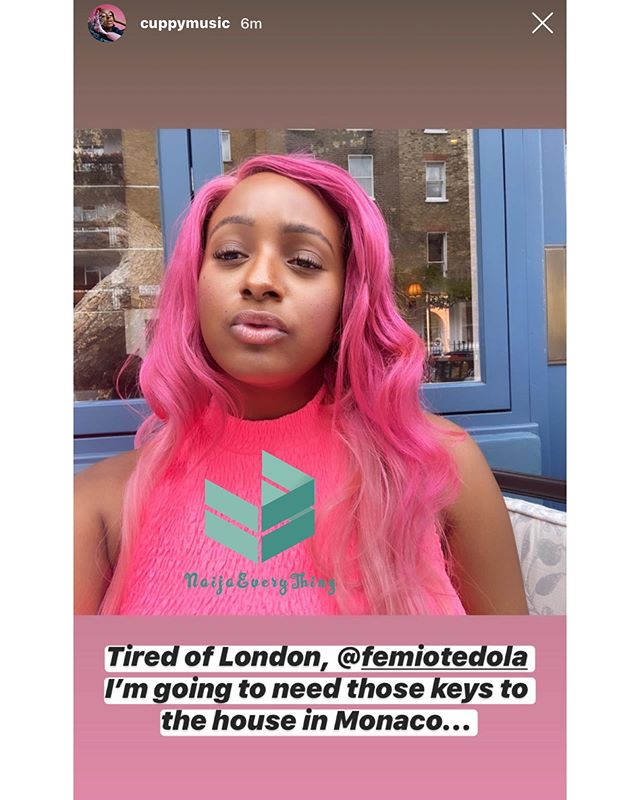 DJ Cuppy is set to release her album in the next few days as she’s currently trending on social media for her new hit single ‘Jollof On The Jet’ which she featured Rema.