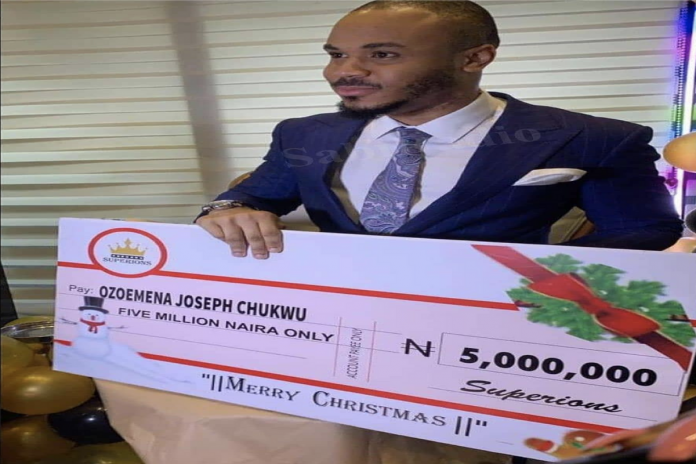 When you have fans that are willing to go any mile for you, you should expect the expected and even unexpected.

The fans who can’t seem to get enough of the reality star who was recently spotted spending quality time with his father gifted him a whopping N5 million.

“Very humble, no fake zone” – Fans hail Whitemoney after he…

In a photo sighted on a popular Instagram page Cutie Julls, Ozo was seen holding the check.

Fans were delighted give him the gift as they could be seen screaming his name.

Check out the photo below;

Watch video from the presentation below;