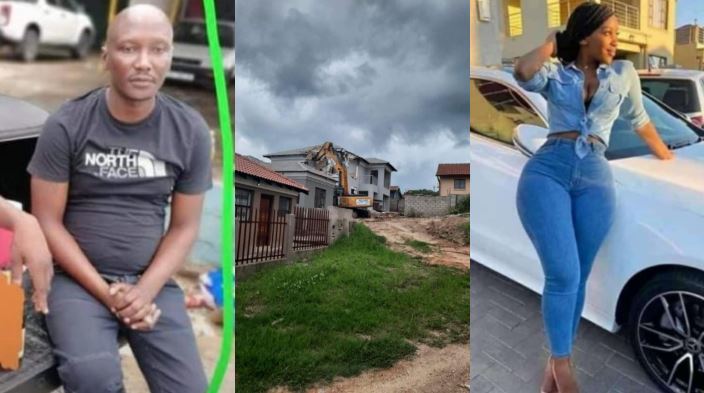 A South African man has demolished the house he built for his former girlfriend after their breakup. According to videos on Social media, the man could be seen leading an excavator to the property to be destroyed.

According to Twitter user, @thab4ng, the lady had put up the house for sale after breaking up with the businessman and in a bid to stop her from selling the property, he resorted to demolishing the two storey building.

This move has sparked reaction on social media as netizens think the man went too far while some believe he is on the right to do whatever he pleases with his property.

Watch the destruction video below:

BBNaija’s Ka3na bows to pressure, tells fan with a tattoo of her name to reach out to her