Hisbah Arrests Male And Female Students Found In The Same Room In Kano Varsity, Fines Them N20,000 Each 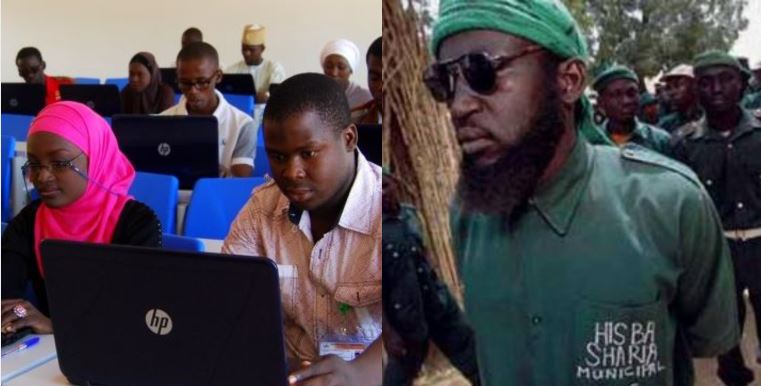 ​Officials of Hisbah Corps in Kano state have invaded some off-campus hostels of the Bayero University in Kano, arresting students of the opposite sex found in the same room.

A report from Saharareporters shows that the incident happened on Wednesday night at Danbare, a small community directly opposite the university’s gate.

It was learnt that the Islamic police broke into the students’ rooms and took them to their office. A source said the operation by the state religious body caused chaos in the neighborhood as other students kept vigil all through the night out of fear of the unknown.

The Islamic police also said any male and female students found together in a room will be fined N20,000 each, a student told SaharaReporters.

“They told us any guy and girl found together in a room will henceforth be fined N20, 000 each. Warning us to stay away from all immoral acts,” a student said.

Despite condemnation from Nigerians, Hisbah group has continued its push for Islamic agenda in the North.

The agency established to enforce Sharia law in some states in the region recently banned stylish haircuts, sagging of trousers, playing of music at social events by disk jockeys and tricycle riders from adorning their vehicles with pictures considered to be obscene and against the tenents of Islam.

This was in addition to other unusual directives reeled out by the Islamic police.

Hisbah recently made headlines for shaving stylish haircuts of young men in Kano and arresting people for improper dressing.

They are also notorious for destroying truckloads of alcoholic drinks.

‘Even if you are my enemy, I will never ignore your messages’ – Ruth Kadiri reacts to allegations that she is a snub