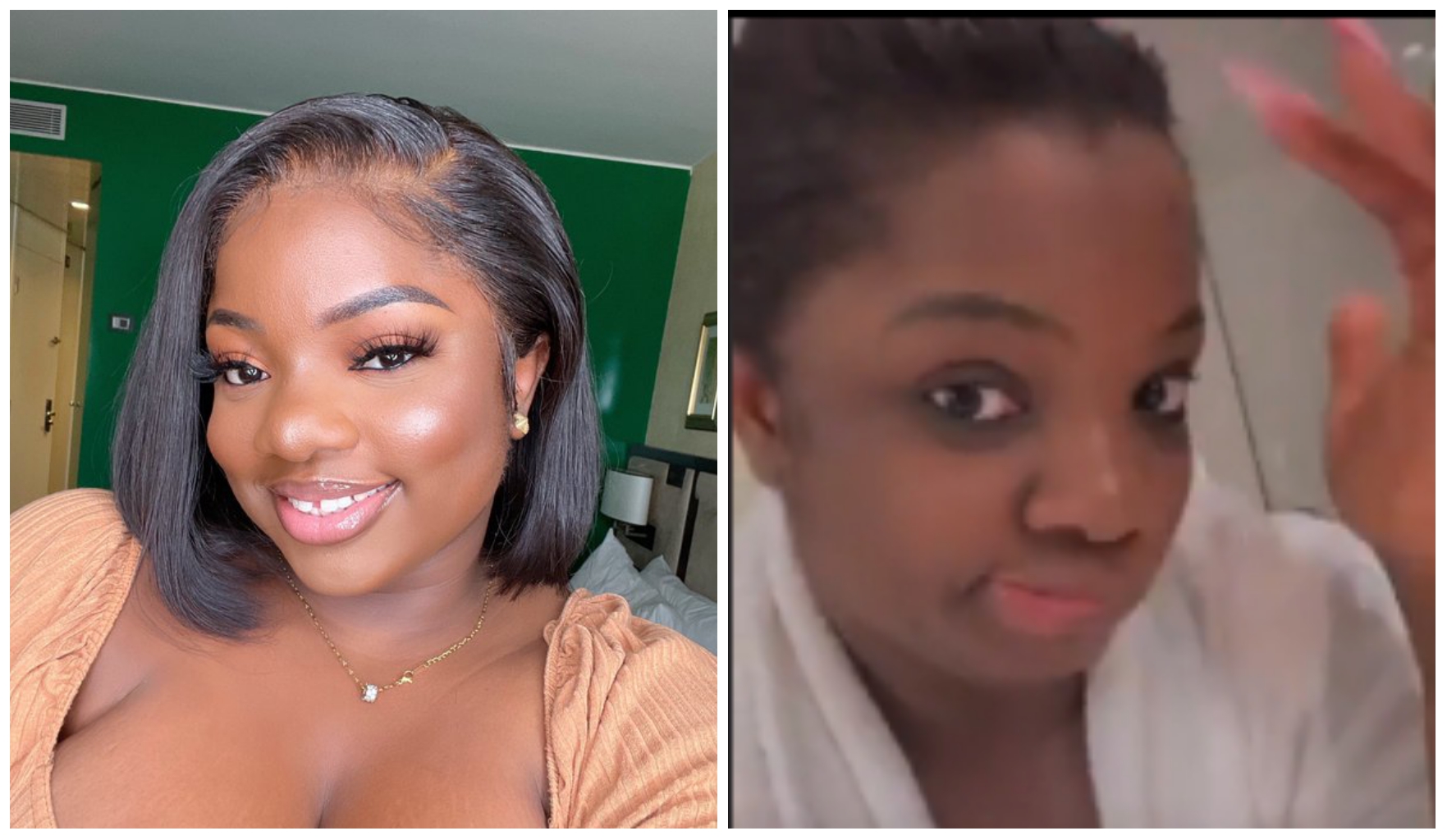 Recall that BBNaija star, Tacha recently went viral after she took to social media to show off her no-makeup face in a video.

Well her colleague from the Lockdown edition, Dorathy also recently shared a video of herself with no filter.

Her fans and followers have taken to the comment section to hail her as they said there’s not much difference between the two.

Dorathy since leaving the BBNaija house has been able to build a name around her brand with massive support from her fans and followers.