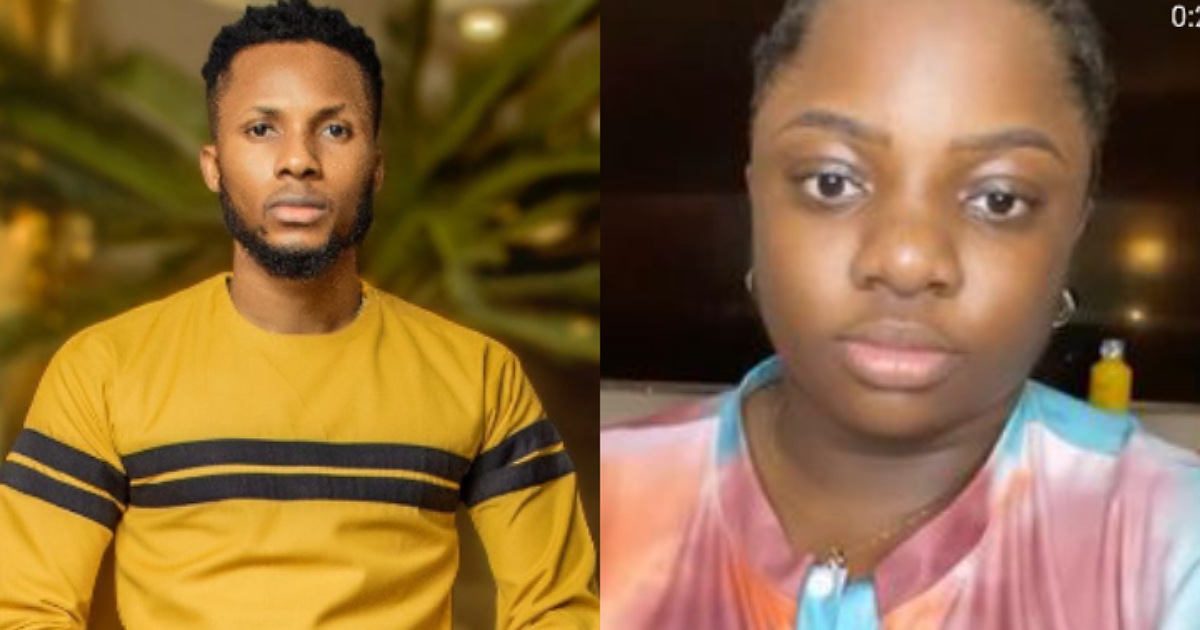 Recall, days ago during the reunion show, Wathoni disclosed that Dorathy gave a BJ in the lockdown house.

Reacting to this, Nigerians claimed that it was Brighto that got a BJ from Dorathy, and they slammed BBNaija organizers for hiding that part.

Some pained fans also suggested that Kayode who was reportedly the camera man, should be arrested for not doing his job properly.

“Kayode must be arrested. Arrrrhhhh. So Brighto collect free BJ and still dey apply pressure on other people. Wonders of BBN”. 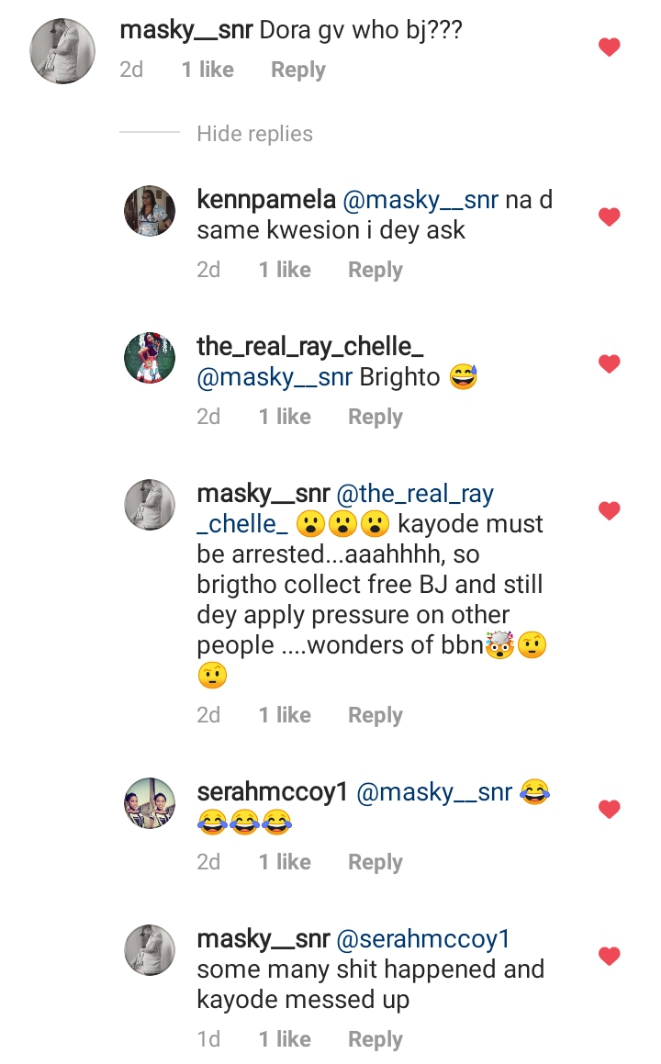 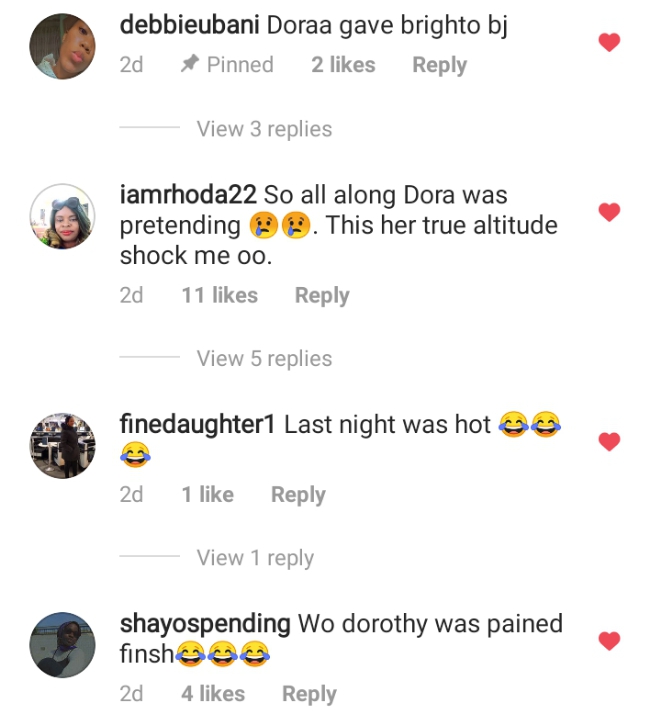 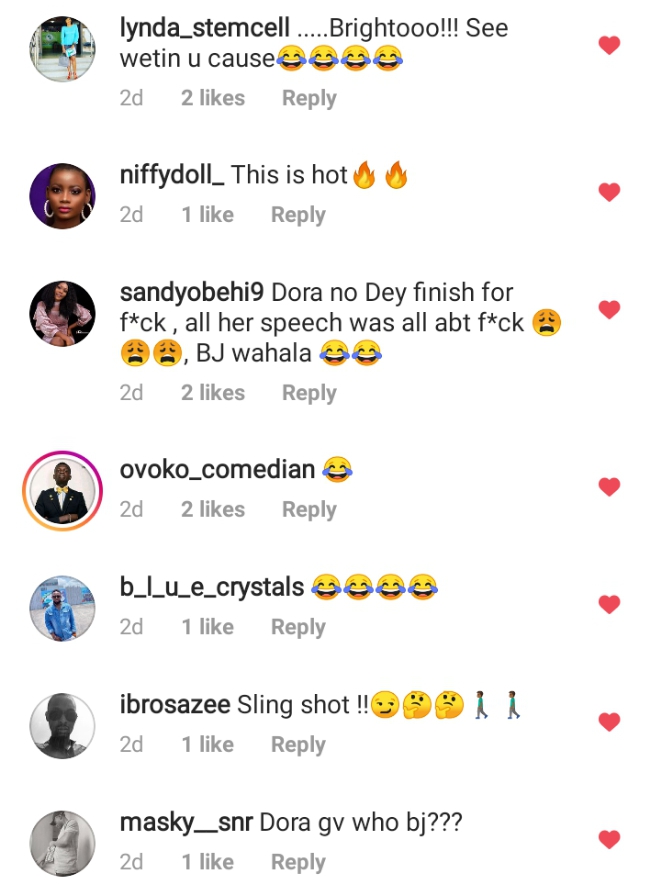 ‘The best man in my eyes’ – Actress, Uche Ogbodo celebrates her baby daddy on father’s day