Family of Adewale Kashamu, one of the students who allegedly brutalized Sylvester Oromoni to death opens up 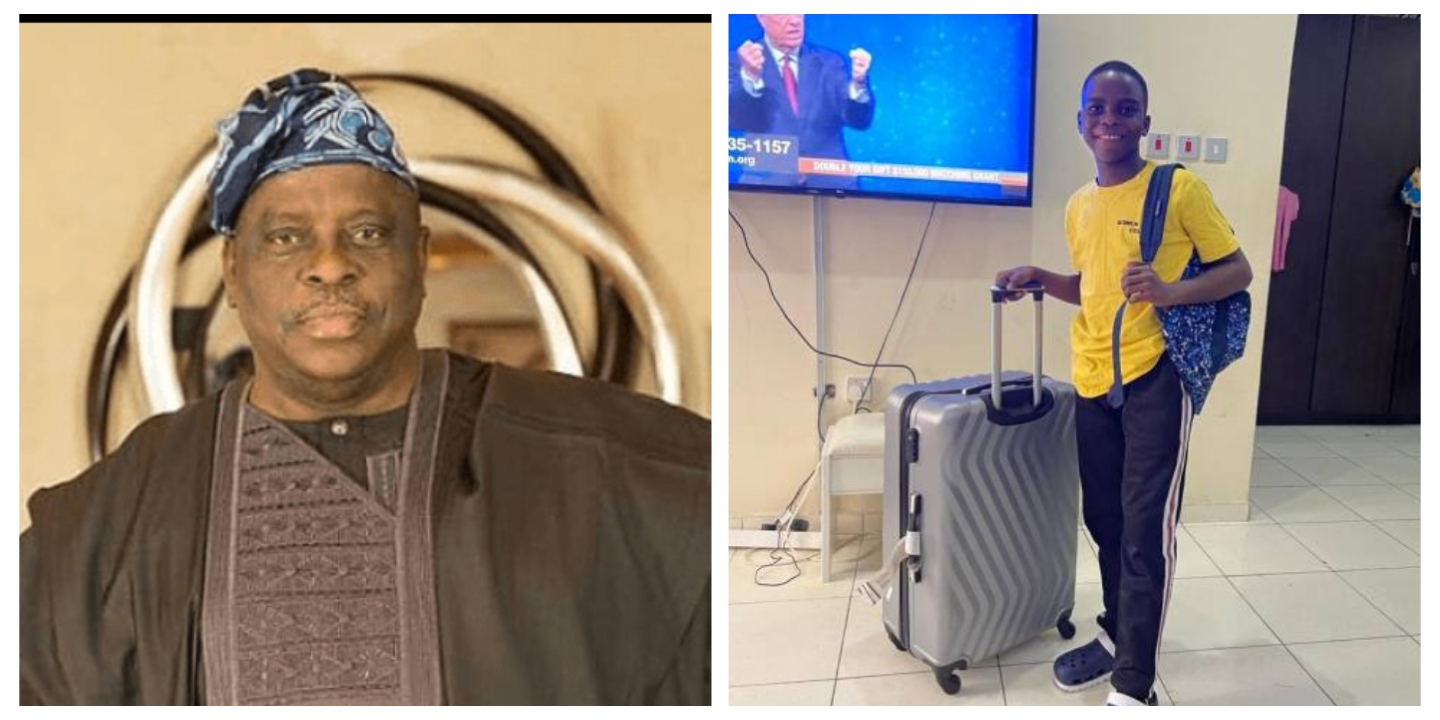 Netizens have been calling out the family of Michael Adewale Kashamu, one of the students who allegedly brutalized Sylvester Oromoni, a 12 years old, Dowen College student to death.

Following this, the family of Michael Adewale Kashamu, who is a senior student at Dowen College, has opened up on the allegation against their son.

In a statement released by the family through one Mutairu Kashamu, the family confirmed that Michael Adewale Kashamu is truly the son of the late Senator Buruji Kashamu who represented Ogun East in the 8th National Assembly.

The family stated that calling out their son, Adewale Kashamu, on social media, will not help solve the issue on the ground.

The family stated that they have privately enquired and “carefully questioned” their son about his involvement in Sylvester’s death.

According to the family, Adewale had been Sylvester’s school father during the last session but had been moved to a different floor in the boarding house in the new session, which affected their closeness.

The family reiterated that even though last year Sylvester was bullied after some senior students seized his foodstuff, the case was reported to the school authority, and at least one of the students was suspended.

They however noted that their son, Michael Adewale Kashamu was not aware that a similar incident had happened again this year, which led to Sylvester’s death.

The family, therefore, pledged to support the police in the investigation of the circumstance surrounding Sylvester Oromoni’s death.

“The Kashamu family has been inundated with inquiries, calls, and messages over the unfortunate incident at Dowen College, Lekki, Lagos, which led to the untimely death of Sylvester Oromoni, a 12-year-old student of the College.

“While we empathize and commiserate with the family of the late Sylvester Oromoni over the irreplaceable loss, we wish to appeal to all and sundry to hold their horses until the police and the Lagos State Government have completed their independent investigations and established the truth.

“Most commentators have rushed to conclusions based on assumptions and false information, including the allegation that our son, Adewale Michael Kashamu, was in any way involved in the bullying or beating of Sylvester Oromoni.

“Since the news of the unfortunate incident broke, we have made our private inquiries and carefully questioned our son about his involvement. This is why we did not rush out to respond to the cyberstalking, name-calling, and negative commentaries that have taken over social media about our son’s alleged involvement in this sad incident.

“Some of the facts now slowly emerging from under the mass of lies are that: Our son, Adewale Michael Kashamu, had acted as a school father for the late Sylvester in his first session in the school at the request of Sylvester’s sister who is also a student of the school.

“However, in the 2021 session commencing in September 2021, Adewale Michael Kashamu was moved to a different floor in the boarding house and engrossed in his studies and activities, he was no longer as close to Sylvester as in the previous session.

“On that occasion, Sylvester’s parents made a report to the school and the affected students were questioned and one of them at least was suspended.

“Adewale Michael Kashamu is not aware that an identical incident occurred again this year leading to Sylvester’s injury and death.

“Adewale Michael Kashamu had seen Sylvester limping sometime late in November and (assuming he might have been injured playing football) merely empathized with him and advised him to go to the school clinic.

“Other students who knew the circumstances of Sylvester’s leg injury have all testified that he was injured whilst playing football.

“Whilst he was in school, Sylvester had no visible injury to his lips or face. Sylvester’s family has admitted that Sylvester’s swollen, blistered and bloody lips (as shown in videos and pictures, now viral on the internet) were reactions to medications given to Sylvester after he had been taken from the school by his parents.

“We feel and can relate to the pains of the Oromoni family and all those genuinely concerned about this unfortunate incident. That is why we wish to express our readiness to cooperate with the parents of the deceased, the police, the Lagos State Government, and other relevant stakeholders to get to the root of this matter so that the cause of justice will not only be served but also manifestly seen to have been served.

“However, it is regrettable that of the five names that were mentioned about the incident, it is only Kashamu’s name that seems to ring a bell. Consequently, the family and its late patriarch (Senator Buruji Kashamu of blessed memory) have been the butt of irresponsible, falsehood-based, and unwarranted attacks even when the full details of the incident are not yet known.

”There is no denying the fact that Adewale Michael Kashamu is one of the children of the late Senator Buruji Kashamu. But, no family or parent will send a child to school to be involved in any form of crime or criminality; just like no parent would be happy to be informed that a child he or she sent to school to learn has been molested or killed under any guise.

”That is why we wish to appeal for restraint on all sides. The cyberbullying of our family will not help in any way to solve the bullying in schools that society through the ages has desired to stop.

”The larger society should start by setting a higher standard.

“We reckon that the bereaved family has related the account of the incident as narrated by the deceased.

“On our part, we have continued to engage our son, Adewale Michael Kashamu, and he has continued to maintain his innocence.

“Now that the Lagos State Government and the police have waded into the matter, we shall fully cooperate with them so that the truth will be established and the course of justice served – justice for the deceased and his family, justice for the accused students and their families and justice for society.

“At this juncture, we want to encourage the management, parents, and pupils of Dowen College (and indeed anyone) who may have useful information about this incident to please volunteer same to the police and the Lagos State Government – in the interest of justice.”