“This time last year I was begging for money to buy Benz, now I have two” – Rapper, Blaqbonez brags 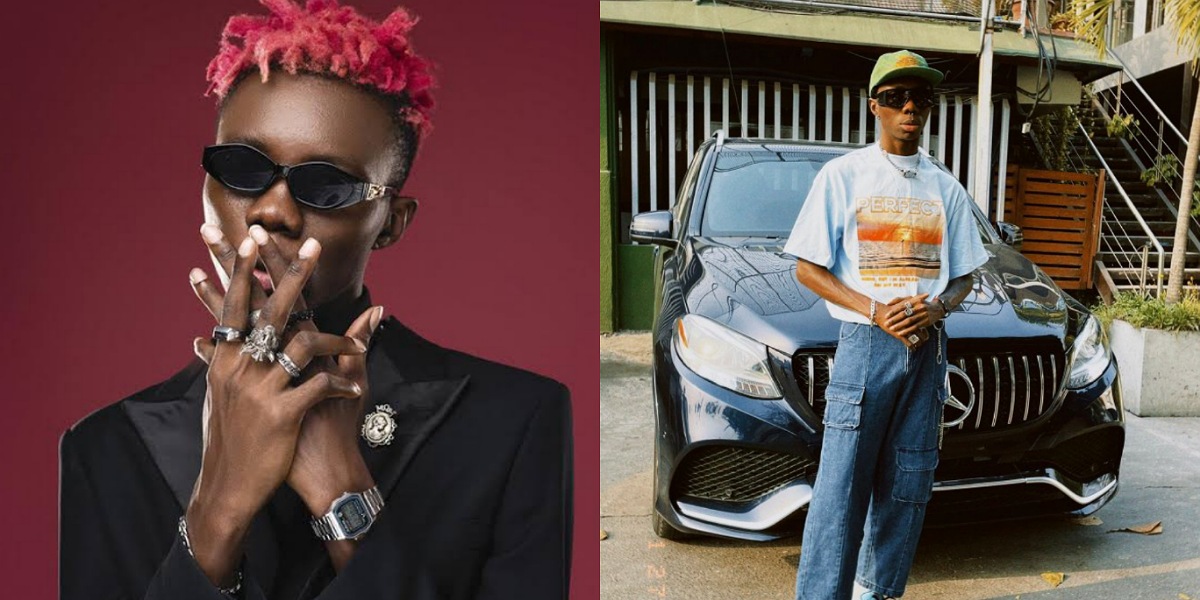 Popular rapper, Blaqbonez, has taken to social media to brag over his Benz cars recently, while counting his blessings ahead of his forthcoming birthday.

The singer who is turning a new age on Saturday, January 29, took to his official page on social microblogging platform Twitter, to reveal that exactly a year ago; he was crowd funding to buy himself a Mercedes Benz.

I will show you all, wait for my private jet – Blessing CEO…

But while going on to brag further, Blaqbonez then revealed that now he owns two Mercedes Benz cars.

Taking to his page to share some photos of himself posing with one of his cars, the ‘Haba’ hitmaker expressed gratitude for how far he has come in his music career till date.

“Its 2 days to my birthday, and this time last year I was crowd funding for a Benz. I’ve bought 2 since then,” he wrote.

its 2 days to my birthday, and this time last year i was crowd funding for a benz.
I’ve bought 2 since then 🙏🏽✨ pic.twitter.com/PwvWDIksgO