I didn’t attend any primary or secondary school, my university certificate was stolen by soldiers – Tinubu tells INEC 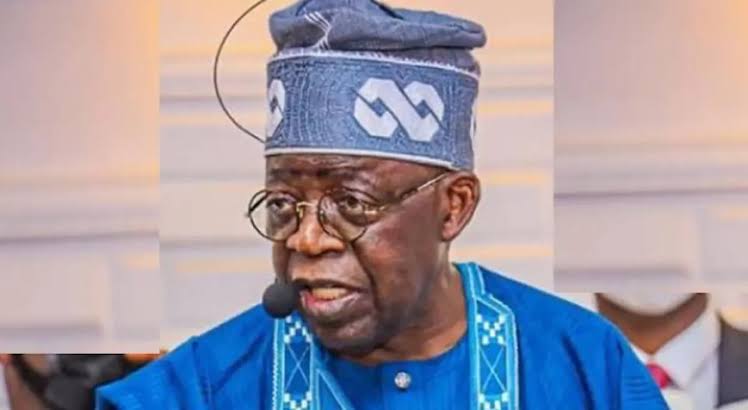 According to People Gazette, Bola Tinubu, the presidential candidate of the ruling All Progressives Congress, has told the electoral commission INEC that he did not attend primary and secondary school.

The former Lagos governor, on the other hand, claimed to have two degrees from two American universities, which he claimed were stolen by unknown soldiers during the 1990s military junta.

Mr Tinubu made the revelations in an affidavit submitted to the electoral office as part of his eligibility filings for the 2023 presidential elections.

The documents released on Friday showed Mr Tinubu left the columns for his primary and secondary education unmarked. But he said he obtained a degree in business and administration in 1979, apparently referring to his previous claims of attending the Chicago State University.

“I went on self-exile from October 1994 to October 1998. When I returned I discovered that all my property, including all the documents relating to my qualifications and my certificates in respect of paragraph three above, were looted by unknown persons.

“My house was a target of series of searches by various security agents from the time the Senate of the Federal Republic of Nigeria was forced to adjourn following the military takeover of government of 17th November 1993.

“I was the chairman of the Senate committee on appropriation, banking and finance. I was also a plaintiff in one of the two suits against the interim national government in 1993.

“I went on exile when it became clear to me that my life was in danger,” Mr Tinubu said in his claim to inec.

The electoral law mandates candidates to submit their personal credentials that will be published for public scrutiny ahead of elections.

Mr Tinubu’s latest claims appear to contradict his previous election submissions, especially in 1999 and 2003 when he ran for office as a governorship candidate in Lagos. He claimed both times that he attended primary and secondary schools.

From Ibadan, Mr Tinubu said he proceed to Richard Daley College, Chicago, from 1969 to 1971.

He stated finally to have attended both Chicago State University and the University of Chicago.

The Chicago State University confirmed Mr Tinubu as its student, graduating with a degree in business and administration on June 22, 1979.

All the submissions were, however, challenged as fraudulent by a prominent Nigerian lawyer, Gani Fawehinmi.

Mr Fawehinmi, 1938-2009, argued the matter up to the Supreme Court, which dismissed the case on technical grounds rather than on its merits.

Ikenga Ugochinyere, a political activist in Abuja, said he would challenge Mr Tinubu’s filings in court, accusing him of having committed perjury.

Mr Tinubu “commits perjury as he abandons his earlier claim of attending primary school, sworn in an affidavit to run for governor but now claims not to have attended primary school,” Mr Ugochinyere said in a statement. His “new forms contradict his 2007 affidavit that he has primary school and secondary.”

A spokesman for Mr Tinubu did not return a request seeking comments about the alleged discrepancies in his submissions to the electoral commission.