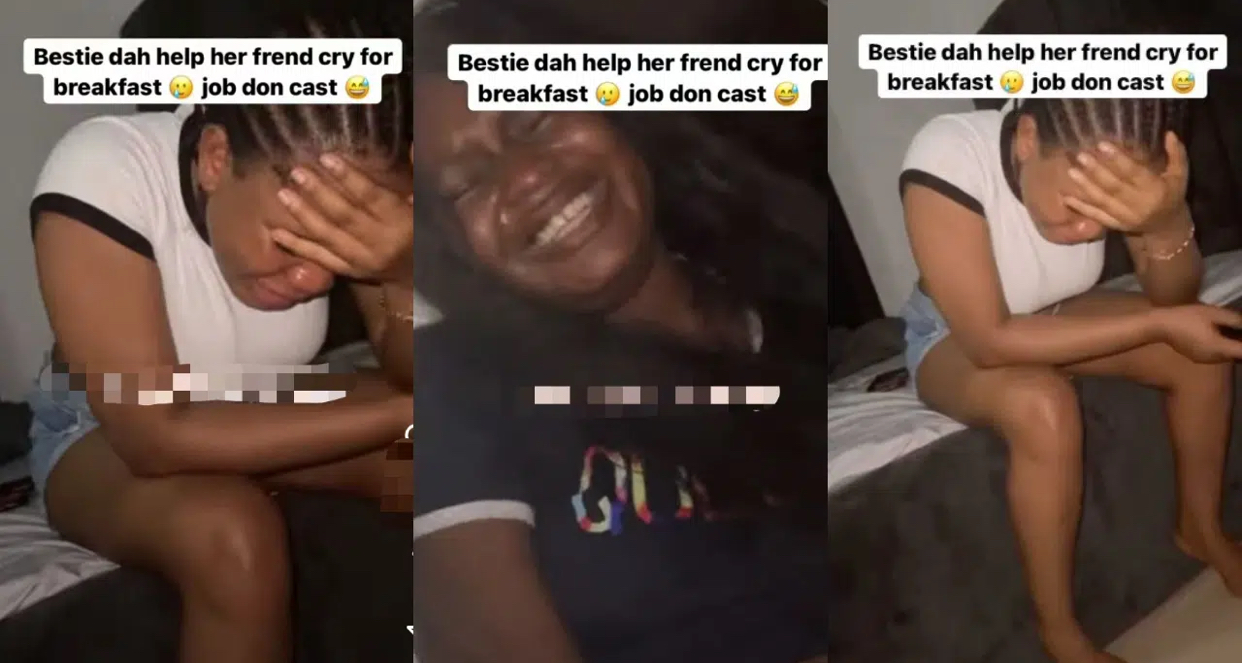 A viral video shows two women sobbing bitterly after one of them has been heartbroken by her boyfriend.
The woman who had been dumped had sobbed uncontrollably over her lover’s decision to end their relationship.

Her roommate, who had apparently felt her pain and may have known the man, joined in and began crying over her friend’s loss as well.

The lady who got dumped began laughing at a point because she couldn’t believe her friend was also crying as hard as her.

The hilarious scene elicited reactions from social media users, who speculated that the guy was probably buying them something.

Watch the video below to learn more;