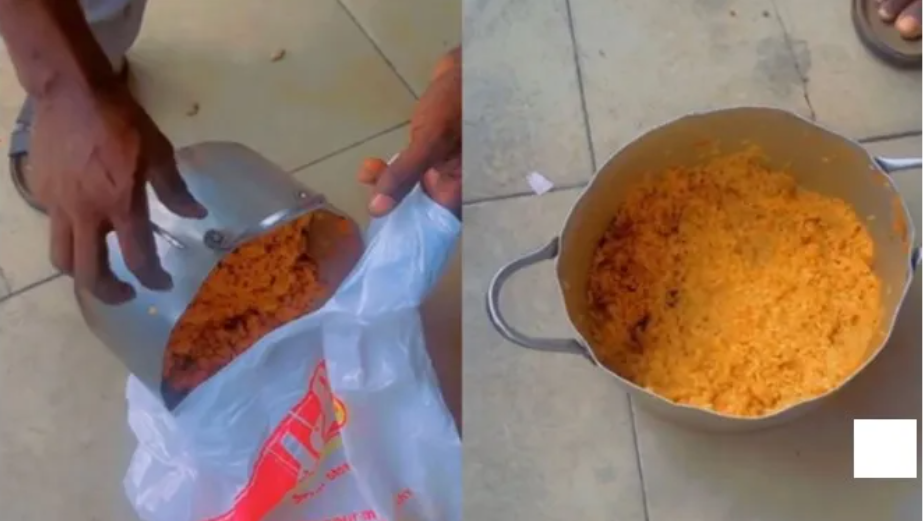 A Nigerian man has gone online to lambast his girlfriend over the pot of rice she cooked for him.

She prepared jollof rice for him to eat but he disapproved of the meal after she had left his apartment.

In a video posted on social media, the man mocked his babe in collaboration with his friends, as they revealed that she is from Anambra state.

They could be seen pouring the pot of jollof into a polythene bag with the aim of disposing it in the garbage can.

The boyfriend could be heard saying that the pot of rice did not done properly, which is the main reason they were throwing it away.