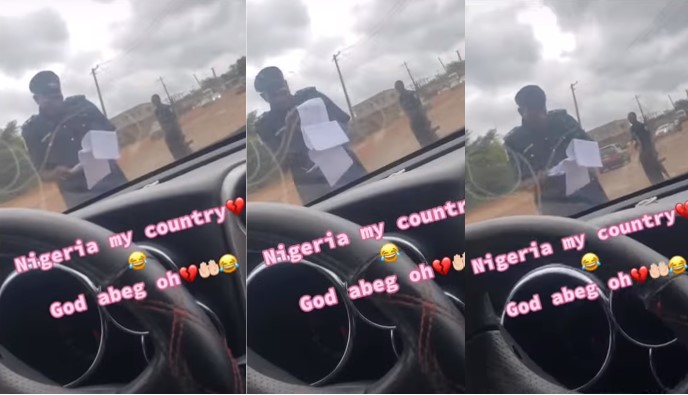 A video of a Nigerian man making fun of a police officer who reportedly couldn’t read has gone viral. 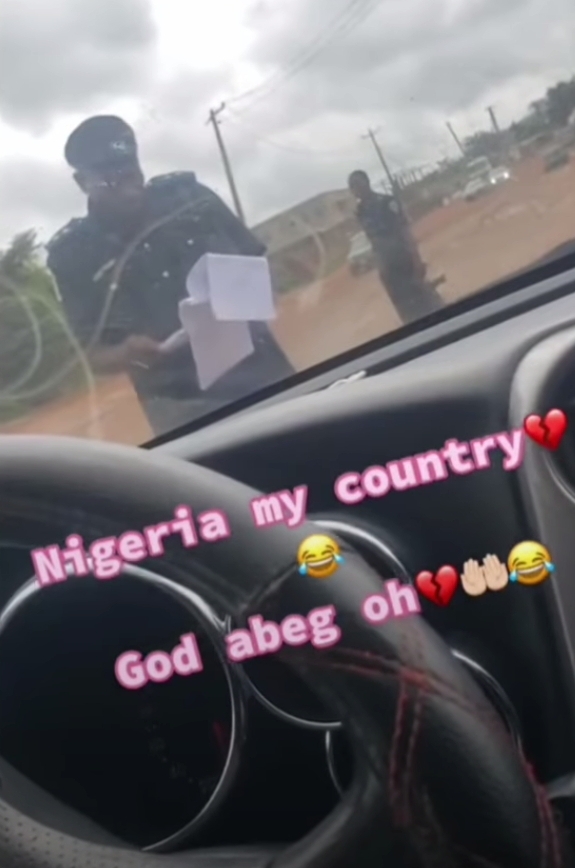 He disclosed that the officer had pulled over his car at a checkpoint and requested the vehicle’s registration papers.

He unintentionally provided the policeman his son’s school records rather than the required paperwork, but the security officers were oblivious.

The driver made fun of officer for not realizing he was holding school papers. He claimed that after five minutes of reading, the policeman returned the paper to him and gave him the okay to leave.

Although, social media users have cast doubts about his claims as some wonder what his son’s result is doing in his car.

No one has anything to say about MI marrying at his current age, but made a fuss on Mercy and Rita Dominic’s day – Lady