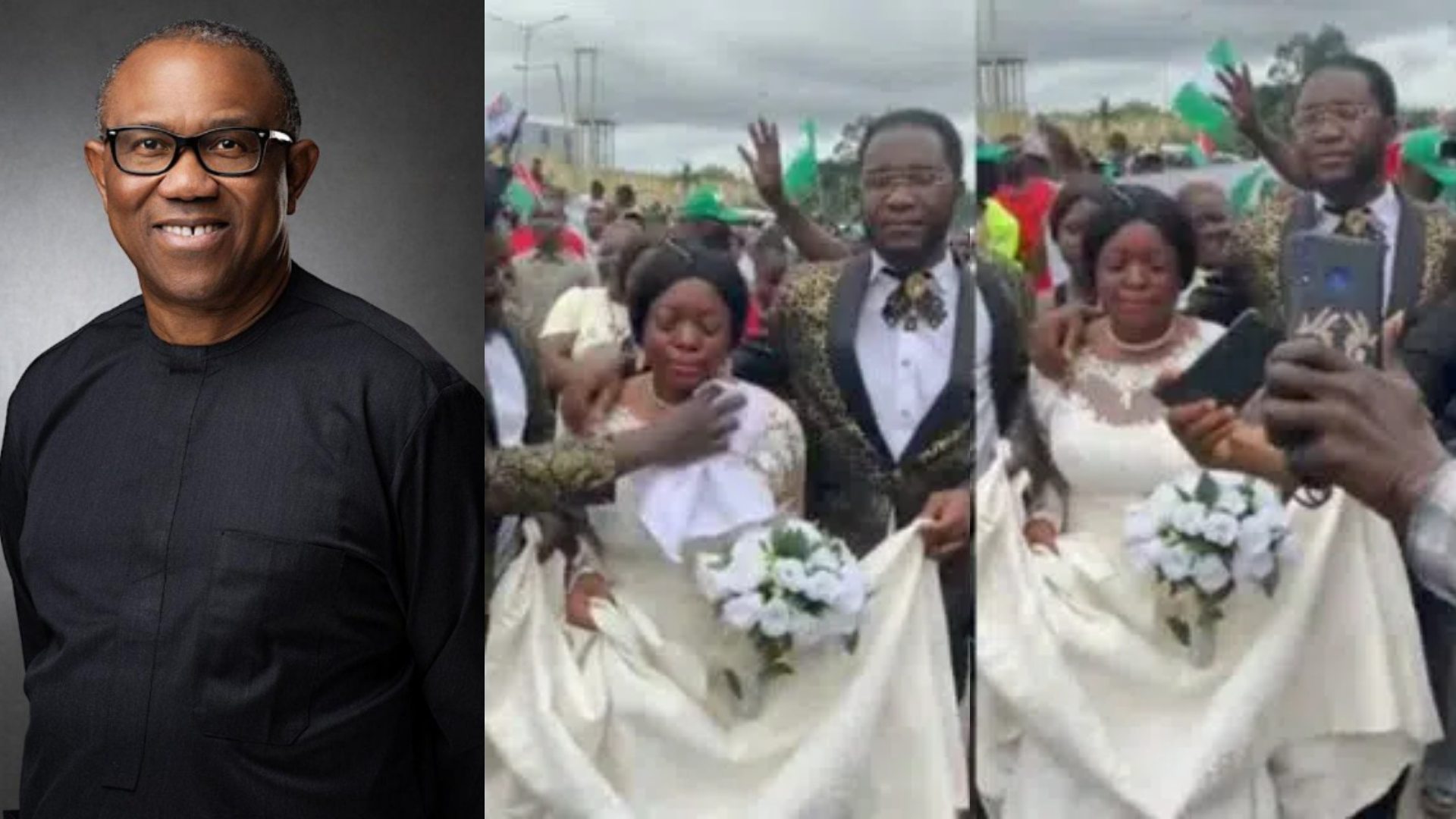 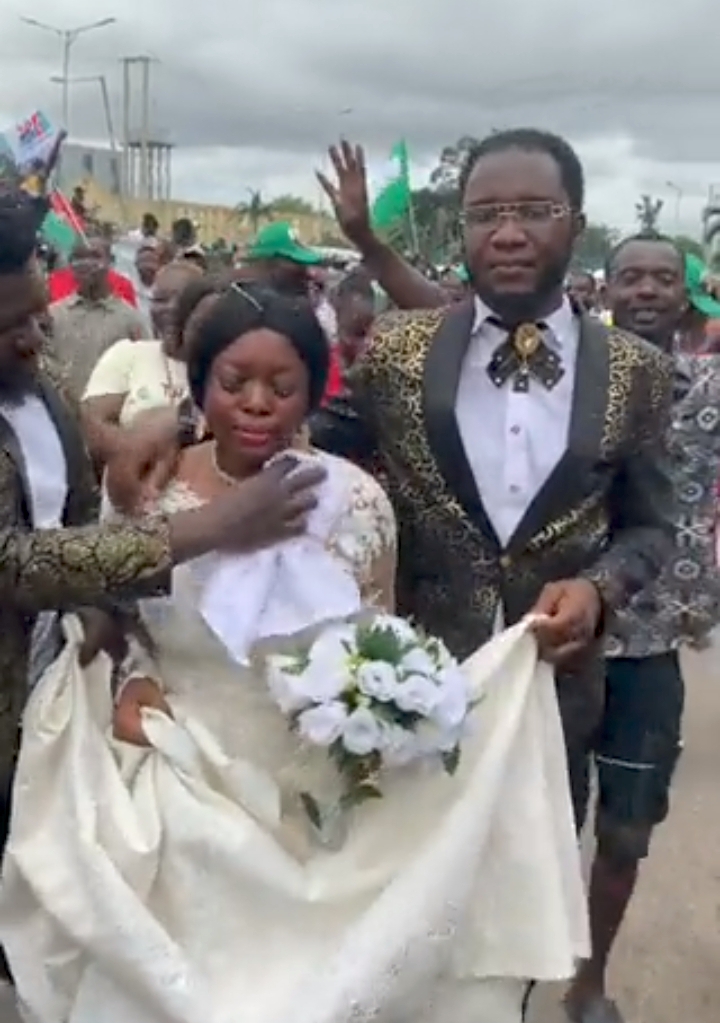 Nigerians in several states have chosen to stage a solidarity march for their favourite presidential candidate as the country observes its 62nd year of independence.

A newlywed couple was sighted in a video that surfaced online showing the raucous crowds of supporters marching in support of Peter Obi.

“Even the gods are backing them” – Reactions as…

The pair reportedly joined the march in Benin directly after their wedding and was observed doing so while still donning their wedding dress.

Recall that the presidential candidate, Peter Obi had congratulated and wished a blissful married union to the last couple who had joined Abuja march last week Saturday.