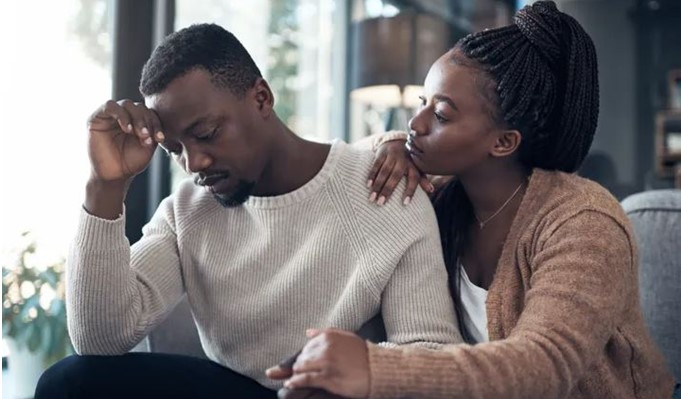 A man has shared how, after his best friend broke up with his girlfriend, another lady quickly swooped in to occupy her place.

The narrator identified on Twitter as @TheRealShangaan is a buddy to the boyfriend in question and he disclosed that the guy ended relationship with his girlfriend.

He claimed that the girlfriend’s close friend had flown here from Turkey specifically to support him while he worked through the breakup.

She reportedly stayed with her best friend’s boyfriend while cooking and cleaning for him.

Additionally, @TheRealShangaan disclosed that the man comes from a wealthy family.

The post reads; ”My boy broke up with his girl and his girl best friend flew from Turkey to come stay with him and be there for him. The devil works hard but women work harder😭😭” 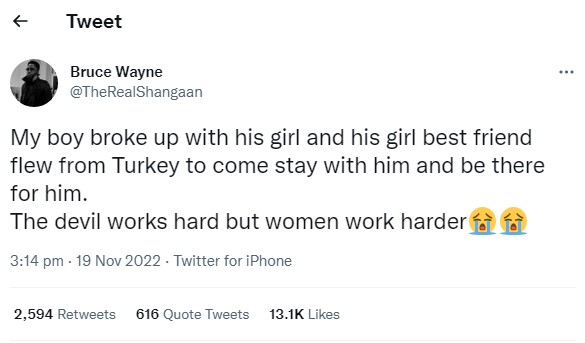