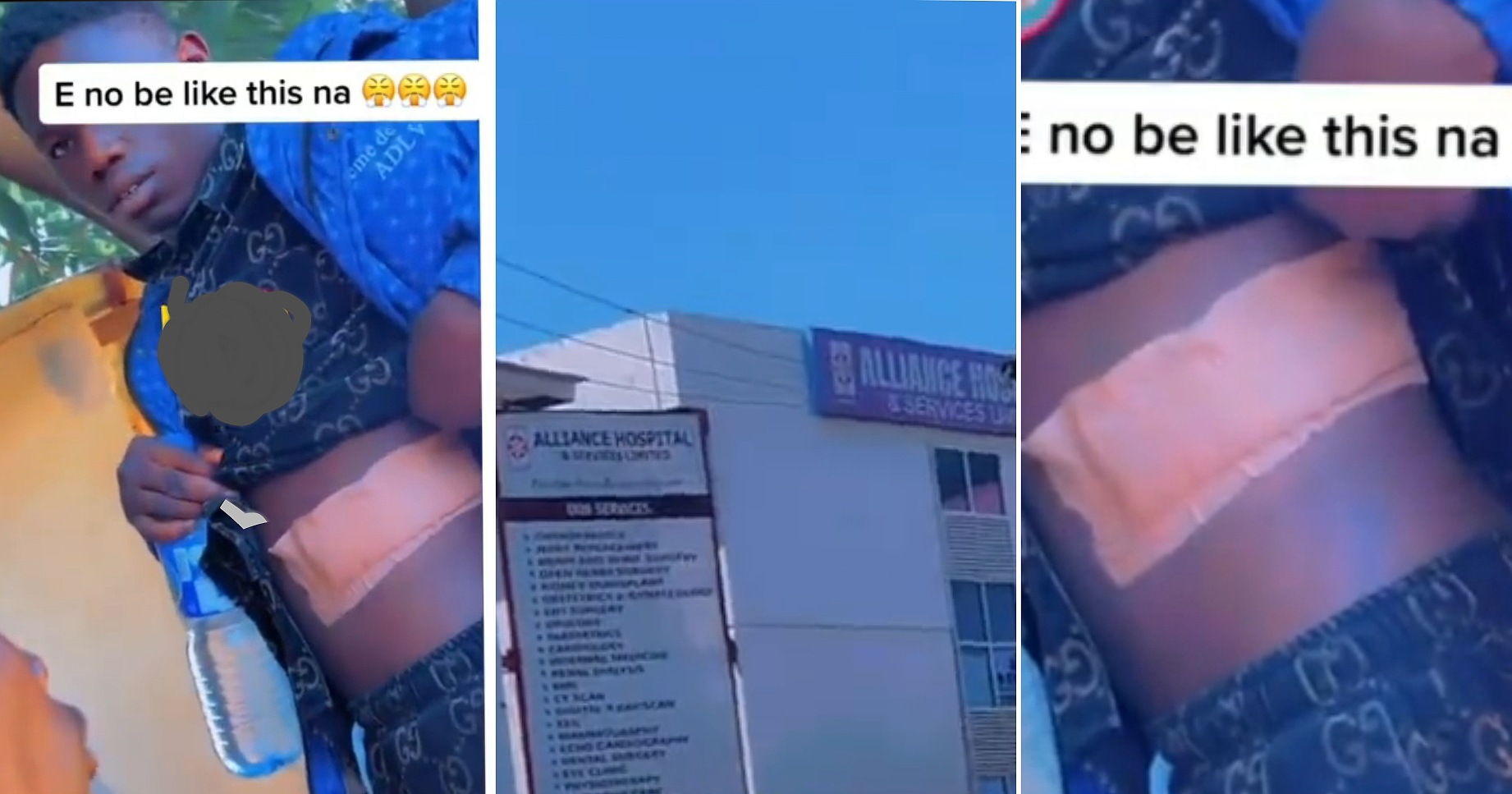 A man has shared how a hospital in Abuja allegedly took advantage of a 17-year-old boy by removing one of his k!dneys because in his claim, ‘he doesn’t have any family’.

He captured the hospital building in the video as well as the plastered body of the ‘victim’, as he laid heavy accusations on them.

“Why dem dey do like that? Person say e no get family, you carry am, commot kidney for im body. I go carry this case go human rights. Dem must judge am”, he said incessantly.

Reacting to this, netizens speculated that there’s more to the story because no sane hospital would do such an act.

Chi ugezu said, “Only in Nigeria you will hear stories like this, was the same thing years old sick and did he or she requires surgery for them to even cut the person who open to take kidney. Or was it a deal gone wrong?”

Bosslady Habibah said, “this is nonsense, did they push him to the hospital to donate, he agreed because of the money, and now this one is ranting here, are you people not seeing the latest where the donor is putting on.”