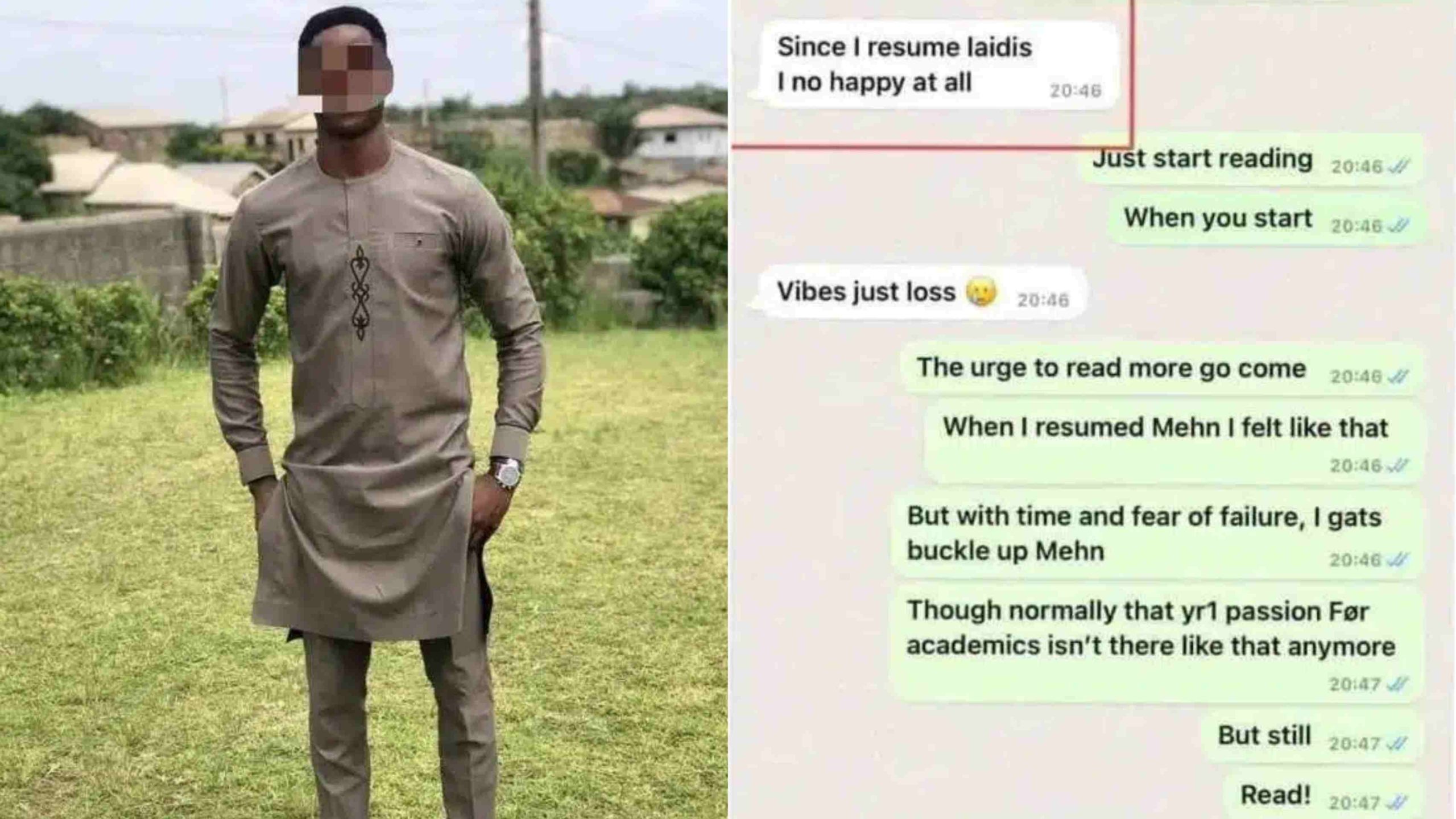 A student of Nnamdi Azikiwe University has ended it all over intense academic pressure. It was gathered that the student who goes by the name Ebuka Joshua had been experiencing bouts of depressiion since resumption.

In a WhatsApp chat with his coursemate which surfaced online, the deceased lamented to his friend about his struggles with studies. He had confided to his friend that he had lost all motivation for school since resumption and has been finding it difficult to keep his head straight to study.

His friend had offered him words of advice, urging him to take his studies gently and the fear of failure would slowly subside. The deceased had assured his friend that he would fight the feeling of depression he had been experiencing; sadly, the late Ebuka ended it all.

“Why I killed my neighbor with a machete” – Native doctor confesses