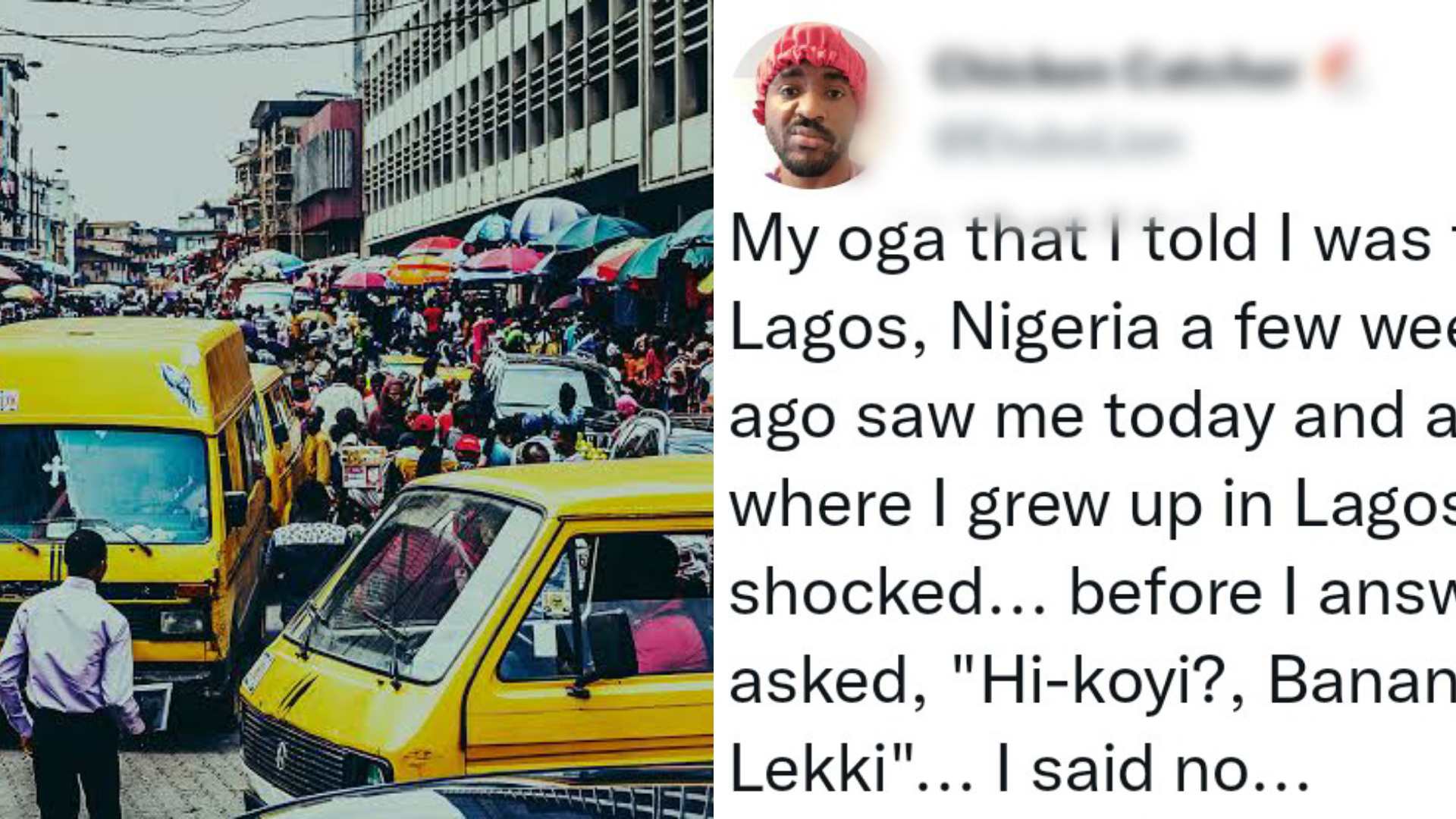 A Nigerian living overseas recently related a conversation he had with a boss who was interested in learning more about Lagos, Nigeria. 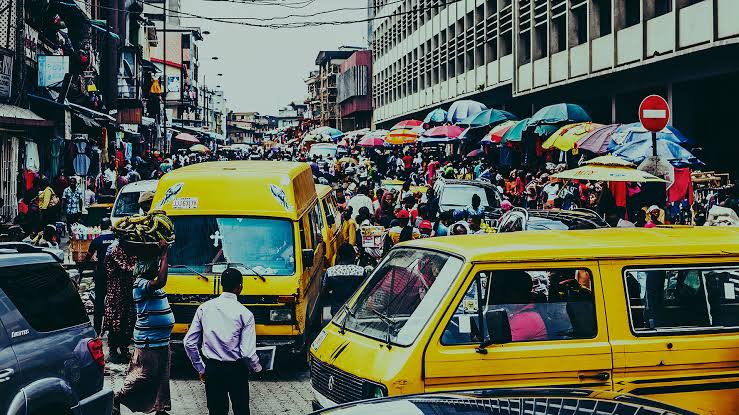 The person going by the handle @EtuboLion claimed that his employer, to whom he had previously informed that he was from Lagos, had abruptly inquired as to whether he had grown up in Ikoyi or Banana Island.

He responded, No, that he grew up around the Okota, Ijesha, Olasa axis which left his Nigerian colleagues laughing.

He told the bewildered woman that the areas she had specified were considerably different from the regions where he had grown up.

She then asked him into his office, where he discovered that she had been doing Google searches on Lagos and that all of the results were of the city’s picturesque areas.

She was horrified by the entire change in landscape and the events that were taking place there when he eventually revealed the names of the neighborhoods he had resided in in Lagos.

Read his full narration below…

“My oga that I told I was from Lagos, Nigeria a few weeks ago saw me today and asked where I grew up in Lagos… I was shocked… before I answered, she asked, “Hi-koyi?, Banana-Island? Lekki”… I said no…

Even my Nigerian colleague don laff tire. She said, “whatt did you say?”

I laughed and explained that, where I grew up was totally different.

She called me later into her office. Ashey this woman was on YouTube watching videos about Lagos.

For some reasons, her searches were bringing out all these Atlantic City, Banana Island, Ikoyi kini kan kini kan…

Boya she searched, “beautiful places in Lagos” it is God that know.

She asked, “where did you grow up again?” I said, “Isolo, Okota, Ilasa, Lagos”. We clicked the isolo video that came up, mama saw one Danfo enter road without stopping/using blinker, she first wore her glasses 🤣🤣🤣

She had to rewind it to see what was going on, when the danfo entered road, she said, “Omg this is chaotic, is that how you drive there?”

“Ha mama, these places you are seeing, you have to use weyrey and port it o” 🤣🤣🤣

Mama, calm down, no dey shout for my ear, these things na normal thing for us.

She asked, “when you go home, you don’t drive like that right?”.

Ha, boya you should give me your Tesla let me take it home and drive it. 😘

“How do you do that, one can get a heart attack driving there”

You won’t know you are mad untill you start driving in Lagos, especially on Mainland. Heart attacks no go near you… 🤣

Thank you for thinking highly of me though. For even thinking I’m neigbors with people like Otedola, Adenuga, Dangote, and Co. Woowwww

My oga that I told I was from Lagos, Nigeria a few weeks ago saw me today and asked where I grew up in Lagos… I was shocked… before I answered, she asked, "Hi-koyi?, Banana-Island? Lekki"… I said no…