Man laces lover’s drink with substance in hotel, robs her of valuables while sleeping 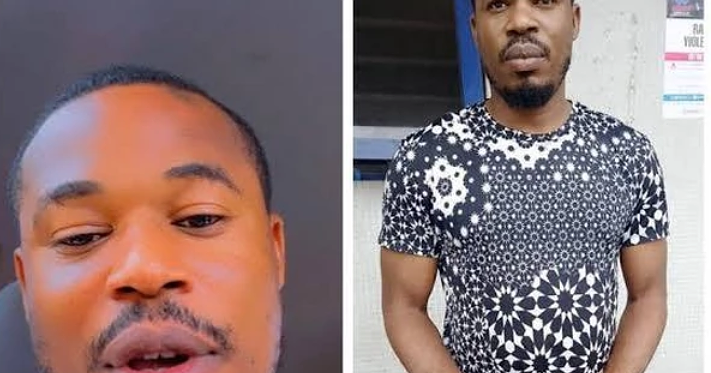 A 34-year-old man identified as Ifeanyi Ezenagu Emeka, has reportedly laced his lover’s drink with drug, after which he robbed her of her valuables.

This incident happened at a hotel in Owerri, Imo state. Emeka was then traced down and arrested by the police.

Narrating the story, a friend of the victim said:

Lady appreciates boyfriend for sending her video of his…

“My friend went out with this man on his invitation and he gave her a drink which had been laced with a drug in his hotel room. She woke up to find him gone with her iPhone 12 ProMax, 32-inches bone straight hair missing.

“She retrieved her line and discovered that he had cleared out N320,000 from her account.

When we uploaded his picture on our pages, different victims reach out to us about how he did the same thing to them. This man must be arrested.

“My friend has been behaving strange since the incident. Only God knows what he gave her to drink”.

Before this incident, Emeka had been arrested in August for robbing different women in the Surulere area of Lagos State.

He was said to have lured his victims into hotels, where he drugged them to sleep before stealing their valuables.