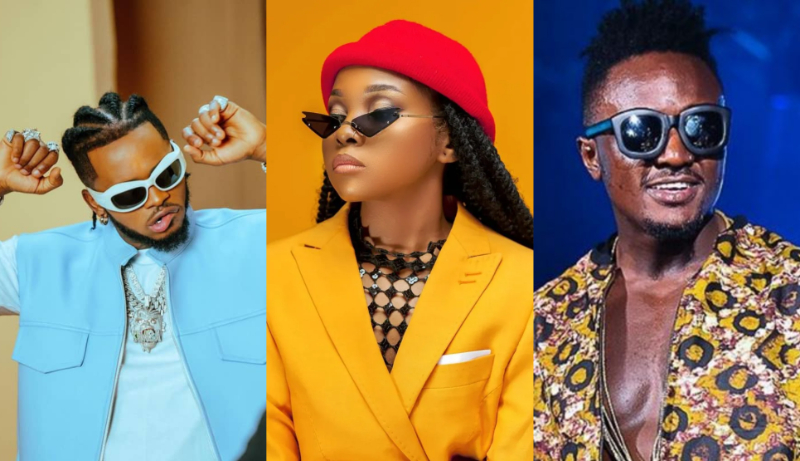 This year, the younger generation of East African singers truly stood out from their up-and-coming status, growing into acknowledged and powerful brands in the area.

Nikita Kering is one of several performers whose widespread recognition has earned them awards, lucrative endorsements, and record deals. Due to the organic growth of their fanbase, local drill duo Buruklyn Boyz may have been Kenya’s biggest breakout act. As a result of their success, they even rose to fame as the face of Spotify Africa’s RADR Africa playlist.

Sauti Sol’s emphasis on their numerous individual projects this year from Bien, Savara, Fancy Fingers, and Chimano was a pleasant break for the group’s devoted followers. His first EP, First Of All, and his Wasafi brand, which featured hits like “Melody” with Nigerian singer Jaywillz and “Mtasubiri” with his Wasafi bongo princess Zuchu, Diamond Platnumz maintained his dominance in Tanzania.

Nigerian singer, Simi melts hearts as she sings with…

One of the intriguing new performers we got to see in Ethiopia was Addis Leggesse, who made waves with his single “Enja,” a superb Amharic Ethio-Jazz version that attracted notice even globally. In addition to the traditional dancehall genre that dominates the charts, R&B and hip-hop have experienced modest growth in Uganda’s music scene. Joshua Baraka and Rickman Rick, two popular newbies, made a ton of noise that was impossible to ignore.

One of Rwanda’s brightest young stars, Yvan Buravan, passed unexpectedly at the age of 27 while receiving treatment in India. This is further bad news for people in East Africa. He performed several well-known and classic songs, including “Oya” and “Malaika.” Both the Rwandese music community and all of East Africa were heartbroken by his passing.