Corps member escapes death after getting brutalized by his students (Video) 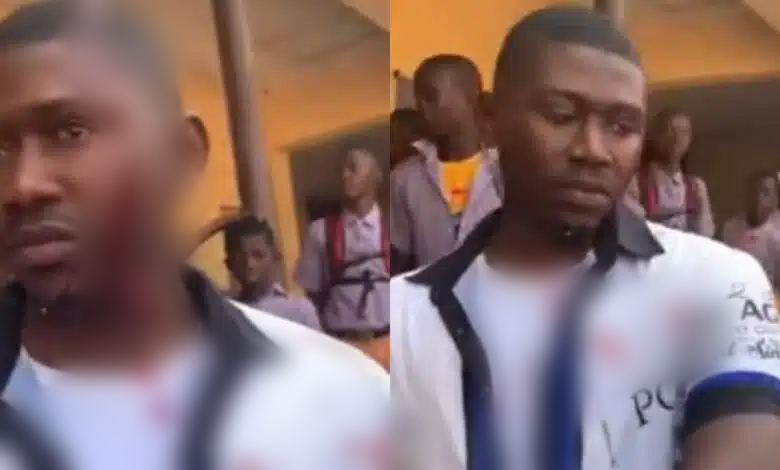 A Nigerian youth corper has been assaulted by his student in Osun State for reason yet to ascertained. 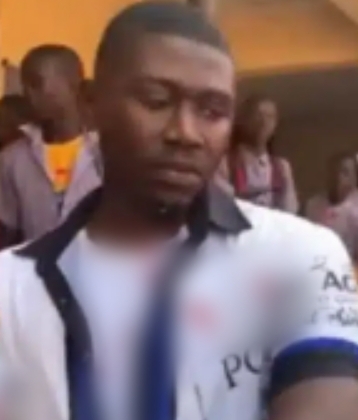 Videos of the assaulted corps member has been making the rounds on social media. The man could be seen with what appears to be a deep gash on his dead and neck.

Following the attack, he was left bleeding from the wounds he had sustained. Steady flow of bllood can be seen running down his face and on to his white shirt.

“We won’t take this,” said some of the onlookers in the background could be heard saying, while other students just stood there and stared blankly.

It was learned from sources that the attack was carried out with a knife.

– Graphic: Corps member lucky to be alive after being br*talized by his students in Osun state.

Chief Priest, Israel DMW, others drag Mr Jollof over his comment on Wizkid going on tour with Davido