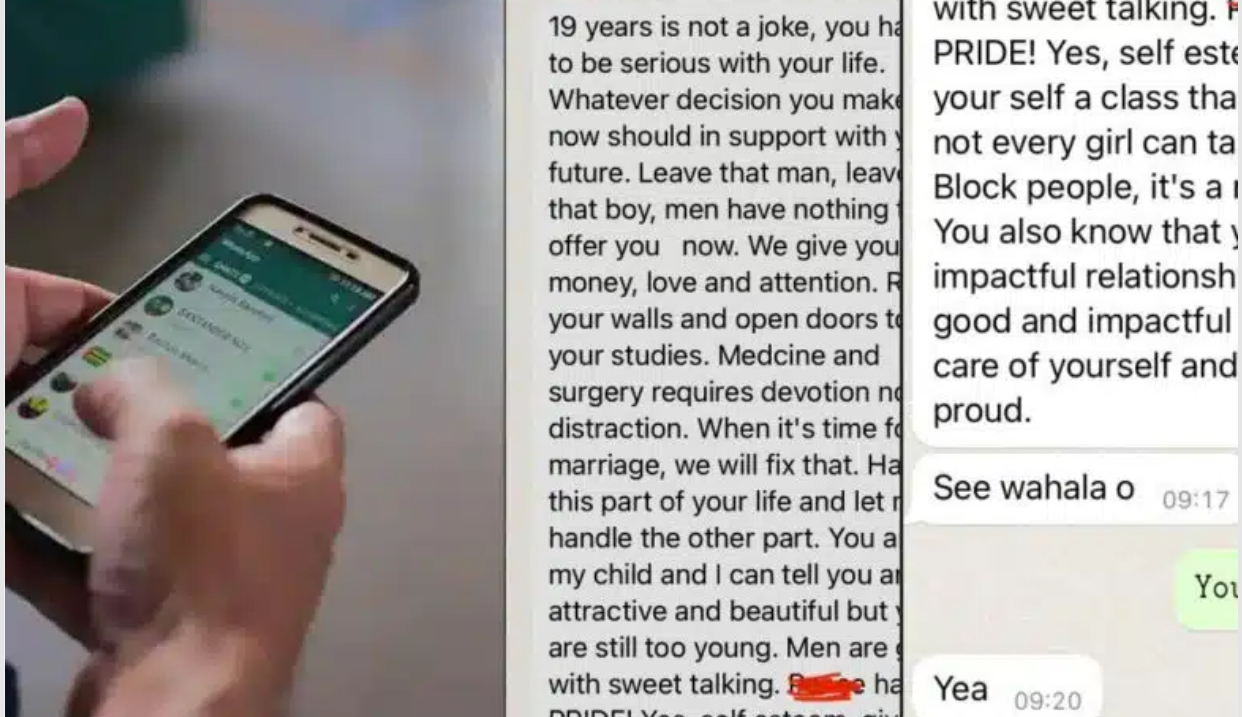 A 19-year-old woman who flaunted her boyfriend on her Whatsapp status received some unexpected advice from her father.

Twitter user @PH Prinx used the site to post the letter that his girlfriend’s father had sent in response to a supposedly innocent Whatsapp public display of affection.

The concerned father advised his daughter to stop thinking about relationships and concentrate on herself because, at such a young age, guys have nothing to give her.

The text reads in part, “19 years is not a joke, you have to be serious with your life. Whatever decision you make now should in support with your future. Leave that man, leave that boy, men have nothing to offer you now. We give you money, love and attention. Raise your walls and open doors to your studies. Medcine and surgery requires devotion not distraction … “